I have seen a number of the other posts from the Insider Blog as well as in the forums that mention a failed install on 18342.8 (Slow Ring). However, no matter how many times I've tried, it always gets past the first restart, then gets hung up on the black screen with 'SURFACE' and the spinning dots. The SURFACE logo disappears and the dots just spin for hours.

Eventually I have to hold power button down to shut down. When I push power to start, it goes to same black screen with spinning dots. Power down again and power up and it says "undoing changes made to your computer" and sends me back to 17763.316.

I've tried and failed about 18 times now (deleted the software download folder in windows, and then since that point I've had 9 failed attempts). I've always initiated the check for new updates, the update has never "come to me" without me doing any checks. 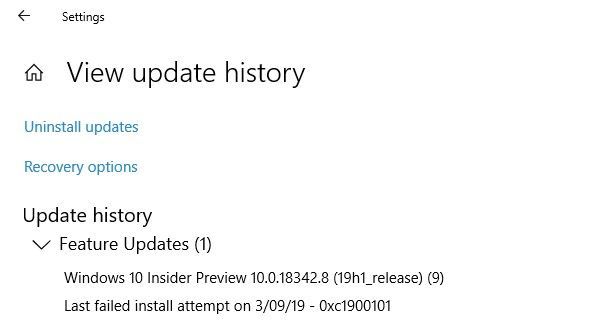 Hey which version you are using as base to update to 19H1 is it public build or insider build. If windows upgrade not working as expected why can't you try USB boot of the 19H1 by downloading it from insider Web page/server.
0 Likes
Reply

I'm on 17763.316, Windows Insider from Slow Ring. I use my machine for work, but are you saying that I need to wipe and install a clean version of the build? I'm not familiar with what "USB Boot" means? 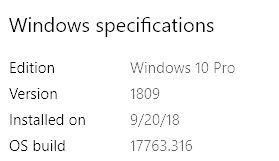 Clean installation is not needed when we are upgrading to a next version rather than downgrade. Coming to USB booting that way had 3 options
1. Using ISO file and running setup.exe application inside the ISO (be sure to download exact bit version for avoiding issues for surface x64 bit is right one). As you are already using/aware of insider builds I assume by this time you are aware of how to get those iso.
2. Doing the same thing instead of using SSD storage we use USB/Pendrive in this process rest is same.
3. If both of the above options failed you have to make a bootable usb/pendrive and do booting from USB stick instead of Hard drive. This can be in found in bing / google search.
Hope you got an idea of USB booting 3rd option should be used as resuce thing or when upgrading is needed at any cost.
0 Likes
Reply

After the first try, using SSD space to excecute the ISO file, I received this error: 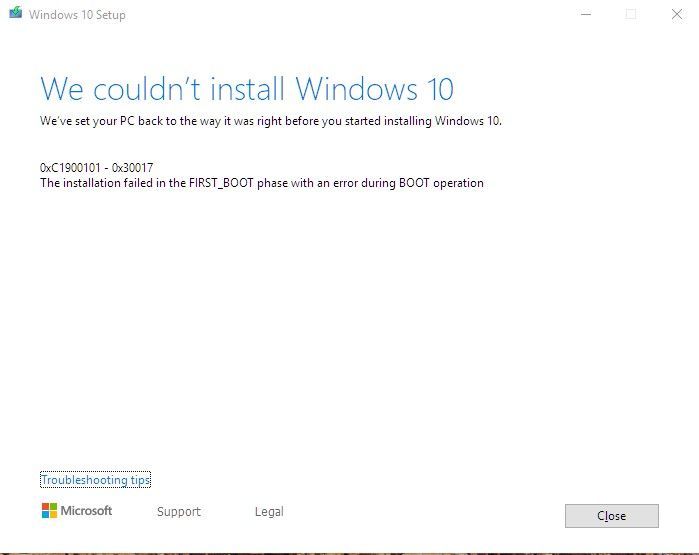 Um that's great let me be sure that you have
1. Disabled AV including windows defender.
2. Updated all third party softwares or store apps. (includes drivers)
3. You had enough space in the default partition (mostly yes).
Even after doing all the steps if you got that error use clean boot method either search in bing/google or else use this (https://troubleshooter.xyz/wiki/perform-clean-boot-in-windows/) hope we are allowed to share external links here.
That guide will help you in using clean boot to avoid third party conflicts.
0 Likes
Reply

As the screen shot shows it is windows update. You can't do anything until it finishes of its work. Things to be kept in mind is the windows update from setting page will not show accurate progress rate due to a number of reasons and don't turn off the pc until it says reboot is required to finish off(failed to do so may cause some issues which are regarding SSD space utilisation). You can turn off but next time it starts to download the entire file again or partial of the files. With my experience it takes around 3hrs for the updates of huge files to get it ready for installation. So better be patient and leave it with altering power settings to never sleep. All will be good at the EOD.
0 Likes
Reply

If you ask I suggest better not to do any stuff with updates when the offical release is around the corner. As per sources the 2019's (aka 19H1) first update will be released to public by April 6th. So better don't mess your surface book mate at this point of time for safe working. If the update is finished well and good if not be cool and wait for official release and install via MC tool which makes zero time lags and fast boot processing.
0 Likes
Reply