Turn on suggestions
Auto-suggest helps you quickly narrow down your search results by suggesting possible matches as you type.
Showing results for
Show  only  | Search instead for
Did you mean:
Microsoft Tech Community Live: Surface Edition
Feb 15 2022, 08:00 AM - 12:00 PM (PST)
Find out more 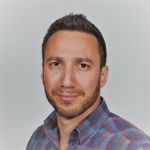 Today, we are sharing an update on the roll out status of the Windows 10 Team 2020 Update, following our previous update in January.

Throughout January, we listened to and worked closely with customers to resolve some of the issues reported on the known issues list, which will now be offered to customers updating to Windows 10 Team 2020.

The Windows 10 Team 2020 Update is also offered via Windows Update for Business, and we now offer an updated Bare Metal Recovery (BMR) image on the Surface Recovery Image webpage.

Surface Hub (first-generation)
We remain committed to starting Windows 10 Team 2020 Update rollout in late February as communicated in the previous update. More details will be provided closer to the release date.

As mentioned earlier, Windows 10 Team, version 1703 will remain supported through March 16, 2021. Please make sure to read the known issues list before updating your devices to Windows 10 Team 2020.