Turn on suggestions
Auto-suggest helps you quickly narrow down your search results by suggesting possible matches as you type.
Showing results for
Show  only  | Search instead for
Did you mean:
Study highlights critical role of Surface firmware protection
By 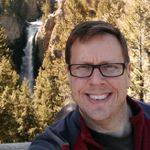 Today Microsoft announced the result of a leadership study on Security Signals in the IT industry.  The study delves into the biggest challenges reported by security decision makers. Specifically, the report shows that as organizations are pivoting to hybrid work environments, attacks on endpoint devices have grown increasingly more frequent and sophisticated. 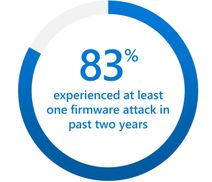 One area that is called out in the study is the recent surge (5x) of attacks against device firmware. The firmware, which lives below the operating system, is emerging as a primary target because it’s where devices store sensitive information, like credentials and encryption keys. The study points out that 83 percent of enterprises have experienced at least one firmware attack in the past two years. And during that time, less than a third of security decision makers allocated any budget resources on firmware protection. Respondents reported that little effort is made to invest in firmware protection until a breach occurs.

Microsoft introduced its own open-source UEFI to enable a secure and maintainable interface to manage firmware. On the Surface side, we have been enabling the automation of firmware protection since the 2015 release of Surface Pro 4. That’s when we made the decision to build our own Microsoft UEFI 1 and move away from the third party UEFI that our OEM partners were using.  The result is a fully transparent open-source project called Project Mu.

If you’re not already familiar with UEFI, it stands for Unified Extensible Firmware Interface. It's essentially a modern version of a BIOS that initializes and validates system hardware components, boots Windows 10 from an SSD, and provides an interface for the OS to interact with the keyboard, display, and other input/output devices.

Centralized device management down to the firmware level

As Microsoft further developed the UEFI for Surface, we also built tools for managing and updating UEFI, beginning with SEMM (Surface Enterprise Management Mode). You can use it as a stand-alone tool or integrated with Microsoft Endpoint Configuration Manager to manage the UEFI settings on your Surface. SEMM lets you remotely enable and disable key components of Surface devices that would otherwise require you to physically go to every machine and boot straight into the UEFI (Power button + Volume Up). From a security perspective this is important as the more components you disable, that are not normally used, the smaller the attack vector.

Aligned to Microsoft’s broader commitments, we moved SEMM capabilities to the cloud with the launch of DFCI (Device Firmware Configuration Interface). DFCI enables cloud-based control over UEFI settings through the Intune component of Microsoft Endpoint Manager. The best part is that DFCI can be enabled via policy and deployed with Windows Autopilot before anyone even logs into the device. This advancement placed Surface into a distinct technical advantage over other devices on the market. With DFCI a Surface device can be fully managed from Windows 10 down to firmware all through the power of the cloud and Microsoft Endpoint Manager.

So, what makes our UEFI secure? To start, it can be updated via Windows Update. Our UEFI does not require an outside tool from a third party or download site. In fact, when the vulnerability of Spectre and Meltdown was announced, Surface already had a fix available that was automatically pushed to every Surface device accepting updates. Windows Update patched the microcode of our processors all through UEFI. Another security step we take is to lock down the UEFI, to protect against known exploits. Surface UEFI uses Boot Guard and Secure Boot, which translates to a measured and signed firmware check at each stage in the initial boot process.

To take it a step further, Boot Guard enables the SoC (System on a Chip) to use the Surface/OEM key to verify that the initial UEFI firmware stage was signed by the OEM. The OEM key is a Surface key that is fused into the SoC at the factory. In simpler terms Boot Guard ensures valid firmware is booted during the initial boot phase of the device.

All of this leads us back to the Security Signals study. Microsoft Surface has implemented safeguards to address firmware vulnerabilities. Surface devices are developed with our own UEFI that is open-source, and we’ve built tools – both on-prem and in the cloud — to centrally manage devices at the firmware level to help further reduce attack vectors. We also provide a means to ensure your UEFI stays up to date via Windows Update, and we’ve secured the UEFI via Boot Guard to ensure what you boot is authentic and what you expect.  At Surface, we are fully committed to continuing our iteration on the Security front by designing and building innovative practices to protect your devices and data.