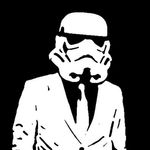 First published on TECHNET on Mar 16, 2016
We are happy to announce that an Android app for Work Folders has been released into the Google PlayStore® and is available as a free download. 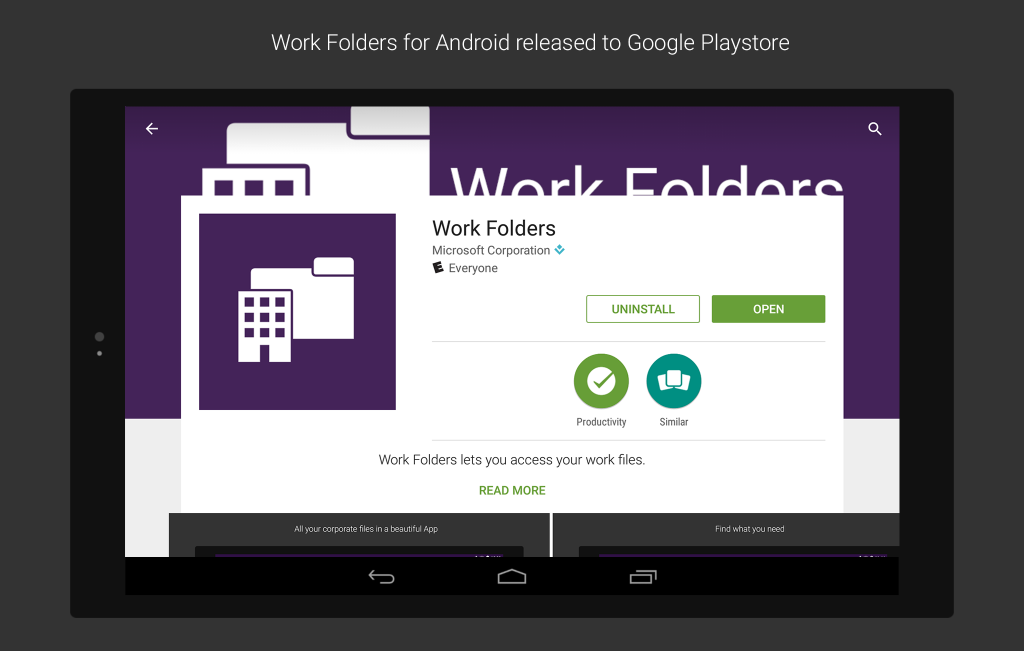 Work Folders for Android app in the Google PlayStore[/caption]

- There also is a version for iPad and an iPhone version .


Work Folders is a Windows Server feature since 20012R2 that allows individual employees to access their files securely from inside and outside the corporate environment. This app connects to it and enables file access on your Android Phone and Tablet. Work Folders enables this while allowing the organization’s IT department to fully secure that data.

This app features an intuitive UI, selective sync, end-to-end encryption and search.
In order to view files one can open-in the file in an appropriate app on the device. 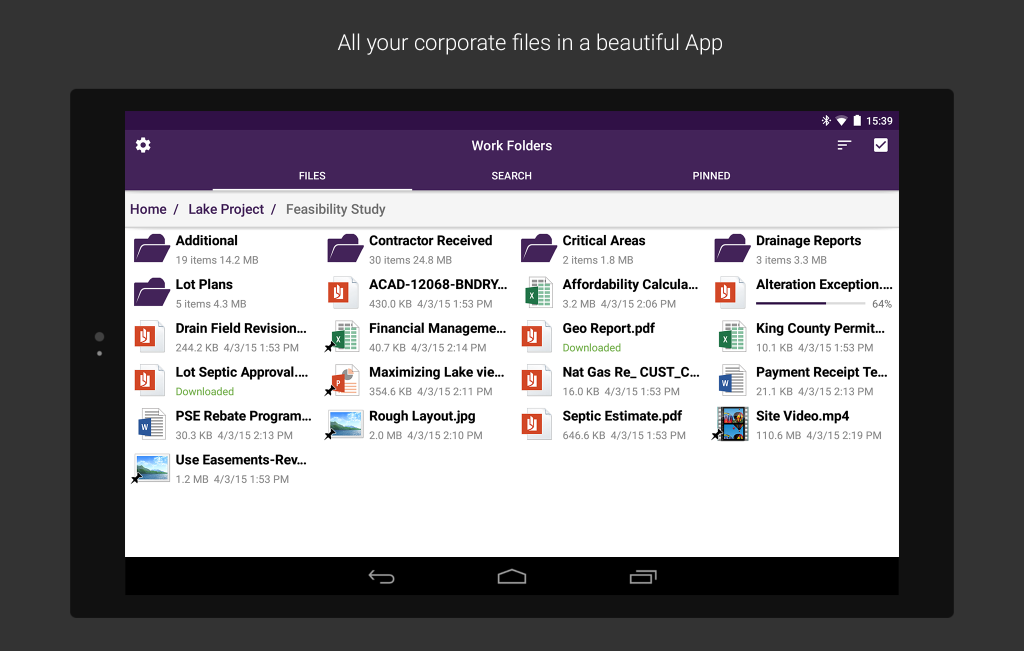 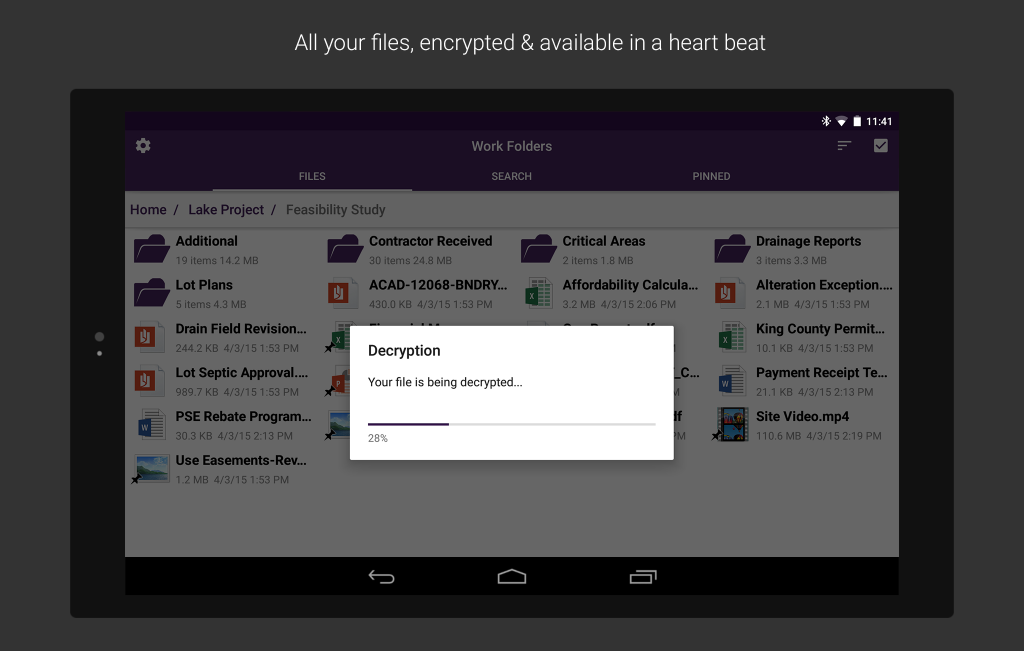 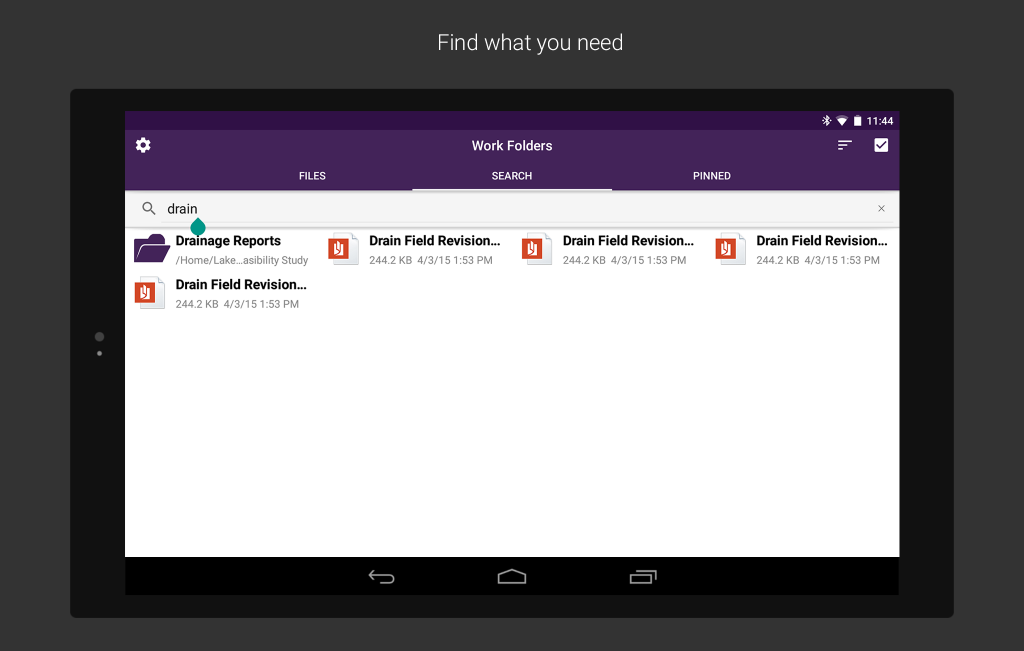 Find files and folders as you type.[/caption] 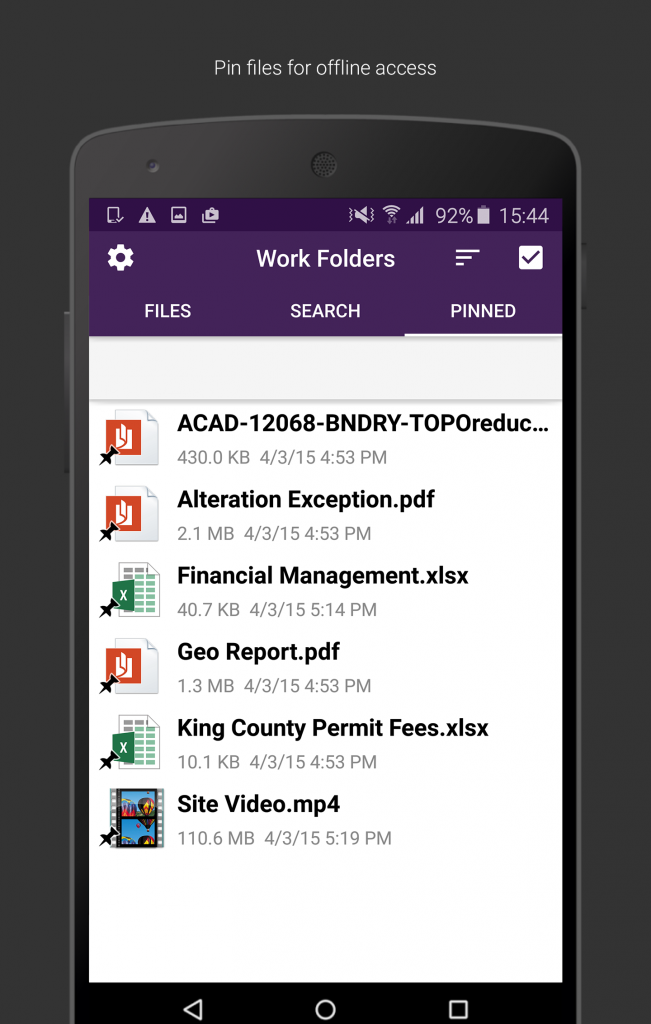 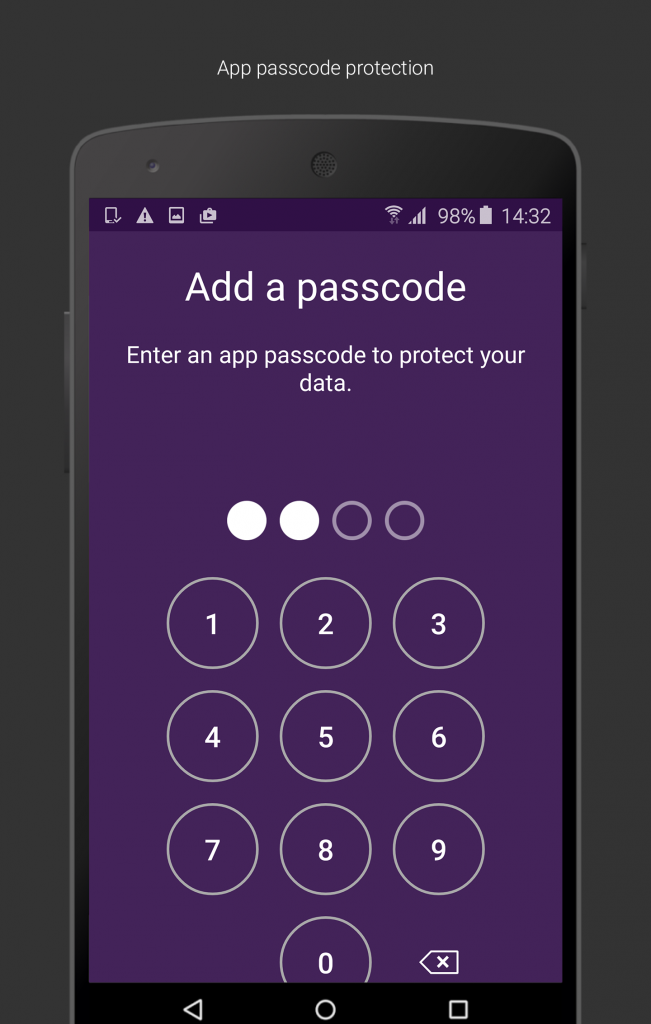 Protecting your files via an app-passcode.[/caption]


Work Folders for Android is supported on all devices running Android Version 4.4 KitKat and later.
At release we are covering therefore a little over 70% of the Android market and believe our coverage will increase over time.


If you’re interested in learning more about Work Folders, here are some great resources:

Introduction and Getting Started