The DFS-N test team has completed some extensive Performance and Scalability testing and we wanted to share some of the results. 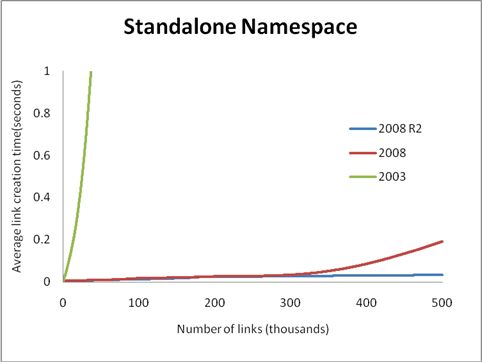 
The next chart looks into the performance of “2000 mode” domain namespace. Keep in mind that the maximum recommended number of links to “2000 mode” namespaces is 5,000 links per namespace due to limitation in which namespace data is stored in Active Directory in “2000 mode”. A subset of the “2008 mode” domain data is provided for comparison (up to 50,000 links so that you can still see the “2000 mode” data in the chart). 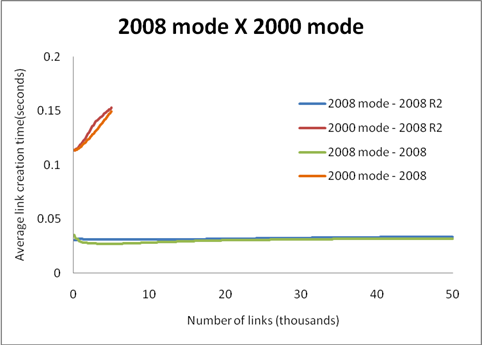 
Next, we look further into “2008 mode” domain namespaces, pushing the limits in terms of number of links per namespace: 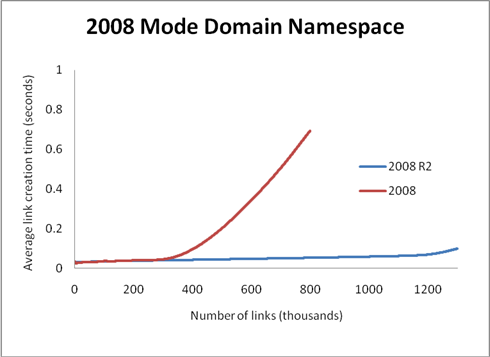 
The last chart below compares the startup performance of the “2008 mode” domain namespace, with up to 200,000 links: 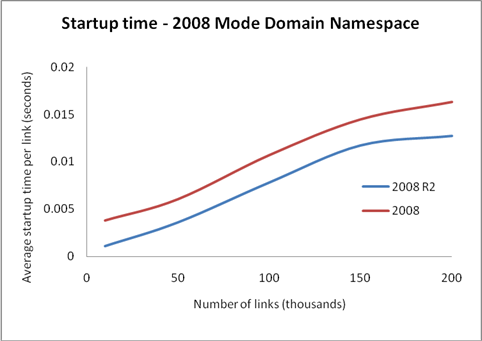 
We will be presenting details on how the tests were performed and more tests results in a presentation during the upcoming Storage Developers Conference. For details, check