Turn on suggestions
Auto-suggest helps you quickly narrow down your search results by suggesting possible matches as you type.
Showing results for
Show  only  | Search instead for
Did you mean:
Windows Server 2016 Data Deduplication users: please install KB4013429!
By 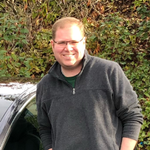 First published on TECHNET on Jan 30, 2017
Please note: all updates to Windows Server 2016 are cumulative, so any current or future KB will the fixes described in this blog post. Microsoft always recommends taking the latest KB.

Based on several customer bug reports, we have issued a critical fix for Data Deduplication in Windows Server 2016 in the most recent Windows update package, KB4013429 . This patch fixes an issue where corruptions may appear in files larger than 2.2 TB. While we always recommend keeping your system up-to-date, based on the severity of any data corruption, we strongly recommend that everyone who is using Data Deduplication on Windows Server 2016 take this update!

Long-time users of Dedup on will note that we only officially support files with size up to 1 TB . While this is true, this is a "soft" support statement - we take your data integrity extremely seriously, and therefore will always address reported data corruptions. Our current defined support statement of 1 TB was chosen for two reasons: 1) for files larger than 1 TB, performance isn't quite 'up to snuff' with our expectations, and 2) dynamic workloads with lots of writes may reach NTFS' file fragmentation limits, causing the file to become read-only until the next optimization. In short, our 1 TB support statement is about preserving a high quality experience for you. Your mileage may vary... in particular, many users have reported to us that backup workloads that use VHDs or VHD-like container files sized over 1 TB work extremely well with Dedup. This is because backup workloads are typically append-only workloads. We do however recommend that you make use of the new Backup usage type in Windows Server 2016 to ensure the best performance with backup workloads.

Finally, I would just like to thank the three users who reached out to us with this issue and helped us validate the pre-release patch: thank you! We always love to hear from you, our customers, so please feel free to reach out to us with your questions, comments, or concerns anytime: dedupfeedback@microsoft.com !

Update 2
We have heard from a Partner that KB3216755 contains a regression in System.Data.dll that is unrelated to Data Deduplication. The System.Data.dll regression may cause unmanaged memory leaks when issuing queries against a SQL Server. The relevant product and servicing teams at Microsoft are engaged with this issue and working towards a resolution. In the meantime, folks who are using System.Data.dll on Windows Server 2016 directly or through installed software should delay installing this patch until a workaround or fix is released.