Turn on suggestions
Auto-suggest helps you quickly narrow down your search results by suggesting possible matches as you type.
Showing results for
Show  only  | Search instead for
Did you mean:
The End is Nigh (for FRS) – updated for WS2016
By

First published on TECHNET on Jun 25, 2014
Hi folks, Ned here again. At TechEd , I officially announced the end of the File Replication Service . For those that missed the event, I repeat:


We are removing FRS from Windows Server

Today I’ll talk about what this means and how to get ready. We want this to be as easy as possible and I welcome any conversations that help you move forward with migrating to DFSR for SYSVOL replication 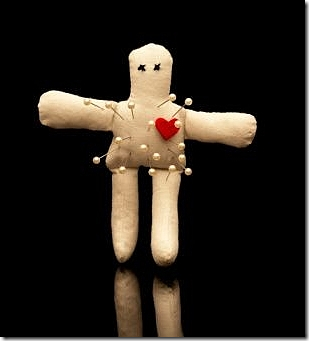 With Windows Server 2008 R2, we deprecated FRS and reduced its replication capability to SYSVOL alone. You got FRS only if you created a new domain with a Windows Server 2003 or Windows 2000 domain functional level . 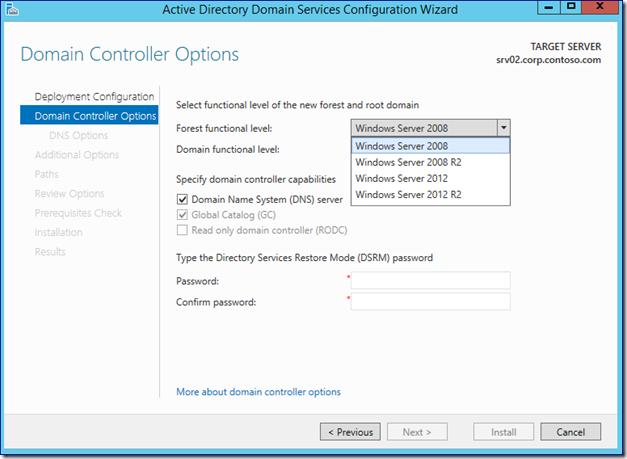 Why would you want a 2003 DFL? You miss so much other goodness!

Furthermore, TechNet states our FRS position for each OS:

We published the first article seven years ago.

Deprecation simply means a product has reached obsolescence, often with a superseding feature. You should stop relying on it to exist in the future, stop expecting functionality changes, and stop expecting non-security bug fixes. After deprecation and enough warning time - at least one full OS release - we reserve the right to remove the feature.


Long before I became a Program Manager, I wrote an explanation of why FRS was inadequate and why you should shift to its replacement, DFSR. Those justifications are just as true today. Nevertheless, the biggest reason is the implicit one: why do you think Microsoft spent years and money writing a no-extra-charge replacement to its predecessor, unless the predecessor was fundamentally flawed?

We have finally reached the phase where continuing to “support” FRS is impossible; it’s a bit of a stretch to even say we’re supporting it now, as you cannot get bug fixes for it. DFSR is vastly more capable, reliable, and scalable. Most importantly, there is only one OS that requires FRS - and that OS is going away in 2015 .

With the end of support Windows Server 2003 in July 2015, there will no longer be any technical requirement to keep FRS around. All supported OSes will happily replicate SYSVOL with DFSR. Thus ends the legacy. Whatever server operating system we ship after July 2015 may no longer include the FRS binaries. You will not be able to promote that OS to be a domain controller in a domain that is still running FRS for SYSVOL, thereby blocking upgrades until you migrate to DFSR.


The end draws nearer. Here is the new warning in Windows Server 2016 when it detects FRS usage: 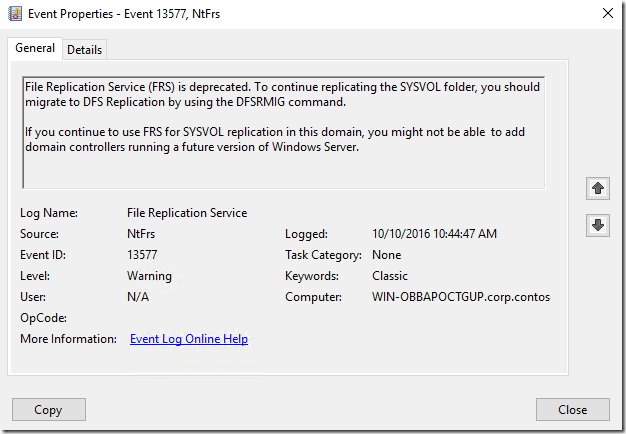 
Fortunately, moving from FRS to DFSR is a simple process that most customers perform in minutes. This migration procedure has been around for six years and after all that time, you only need to review one KB article. Our process is solid and tested, with no migration bugs found in DFSR itself after Windows Server 2008.

In a separate blog post, I’ve outlined a DFSR “streamlined migration” that should remove some of the angst you might have from staring at a 52-page mega-super-complete migration guide . It’s possible to perform the entire migration with a single command - really!

Thousands of customers have migrated already and thousands more have deployed new domains with DFSR. Get your team onboard and knock this out - it won’t take long. 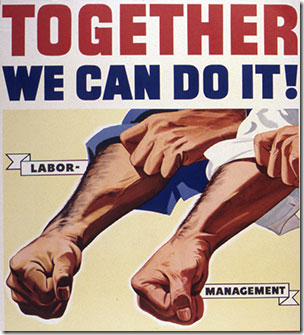 Together we can double punch legacy FRS!