Turn on suggestions
Auto-suggest helps you quickly narrow down your search results by suggesting possible matches as you type.
Showing results for
Show  only  | Search instead for
Did you mean:
Storage throughput with Storage Spaces Direct (TP5)
By

First published on TECHNET on May 11, 2016
Hello, Claus here again. Dan and I recently received some Samsung PM1725 NVMe devices. These have 8 PCIe lanes, so we thought we would put them in a system with 100Gbps network adapters and see how fast we could make this thing go. 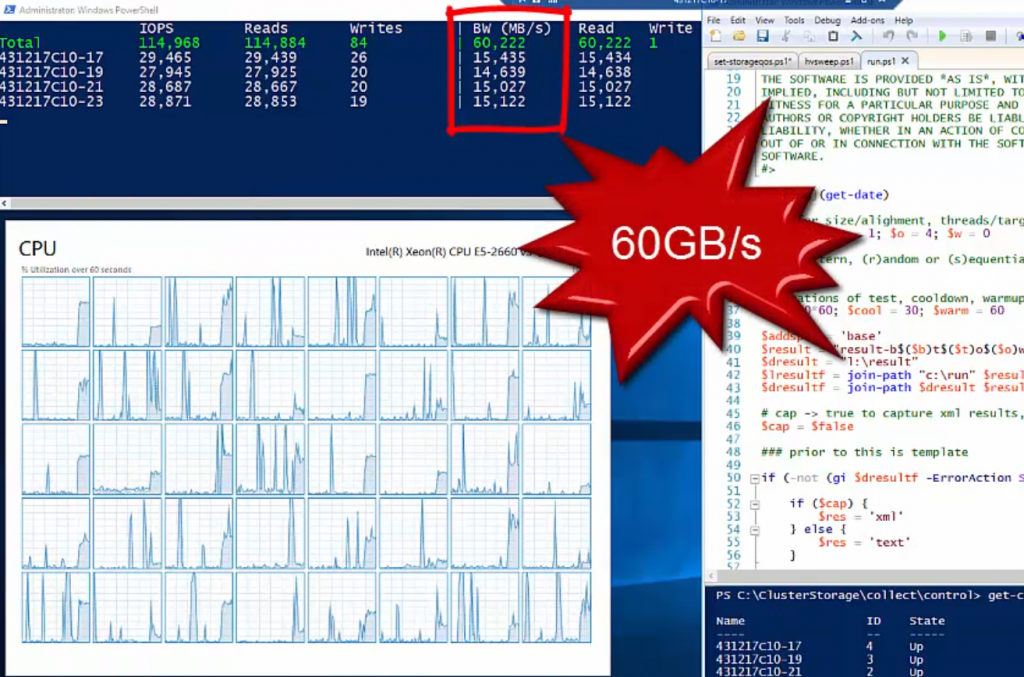 As you can see from the above screenshot, we were able to hit over 60GB/s in aggregate throughput into the virtual machines. Compare this to the total size of English Wikipedia article text (11.5GiB compressed), which means reading it at about 5 times per second.

The throughput was on average ~750MB/s for each virtual machine, which is about a CD per second.

You can find a recorded video of the performance run here:

We often speak about performance in IOPS, which is important to many workloads. For other workloads like big data, data warehouse and similar, throughput can be an important metric. We hope that we demonstrated the technical capabilities of Storage Spaces Direct when using high throughput hardware like the Mellanox 100Gbps NICs, the Samsung NVMe devices with 8 PCIe lanes and the Arista 100Gbps network switch.

Let us know what you think.