First published on TECHNET on Jul 11, 2017
Hello, Claus here again. As you have probably noticed by now, we have a great ongoing collaboration with Intel. In this blog post we are going to look at Windows Server 2016 Storage Spaces Direct on Intel's latest and greatest hardware, which includes a new processor family, Intel® Xeon® Scalable Processors, an iWARP RDMA network adapter with the integrated Intel® Ethernet Connection X722, and "Intel® Optane™ Solid State Drives.

We use a 4 node cluster, each node with configured with the following hardware (not including boot drive):

We deployed Windows Server 2016 Storage Spaces Direct and stood up VMFleet with: 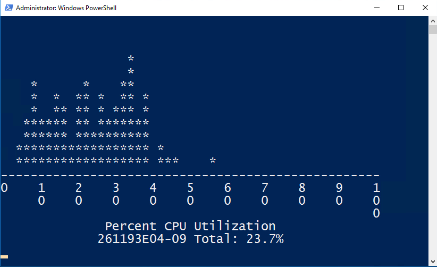 In addition, CPU consumption is less than 25%, which means there is plenty of headroom for applications to consume this storage performance.

We are very excited to see these numbers and the value that the new generation of Intel Scalable Processors, Intel Optane DC SSD devices combined with the Intel Ethernet Connection X722 with 4x 10GbE iWARP RDMA adapter can deliver to our joint customers. Let me know what you think.