Heya folks, Ned here again. Eagle-eyed readers may have noticed in the April 22, 2021-KB5001384 monthly update for Windows Server 2019 - and now in the May 2021 Patch Tuesday - we added support for migrating from NetApp FAS arrays onto Windows Servers and clusters. I already updated all our SMS documentation on https://aka.ms/storagemigrationservice so you're good-to-go on steps. There's a new version of the Windows Admin Center SMS extension that will also automatically update to support the scenario.

We tried to make this experience change as little as possible from the previous scenarios of migrating from Windows Server and Samba. The one big thing to know - and we reiterate this in the docs and WAC - is that you must have a NetApp support contract, because you need to install the NetApp PowerShell Toolkit, which is only available behind that licensed customers-only support site.

You'll see the new option once you patch your orchestrator server with the May monthly update, update your WAC SMS extension, and install the NetApp PowerShell toolkit on your orchestrator: 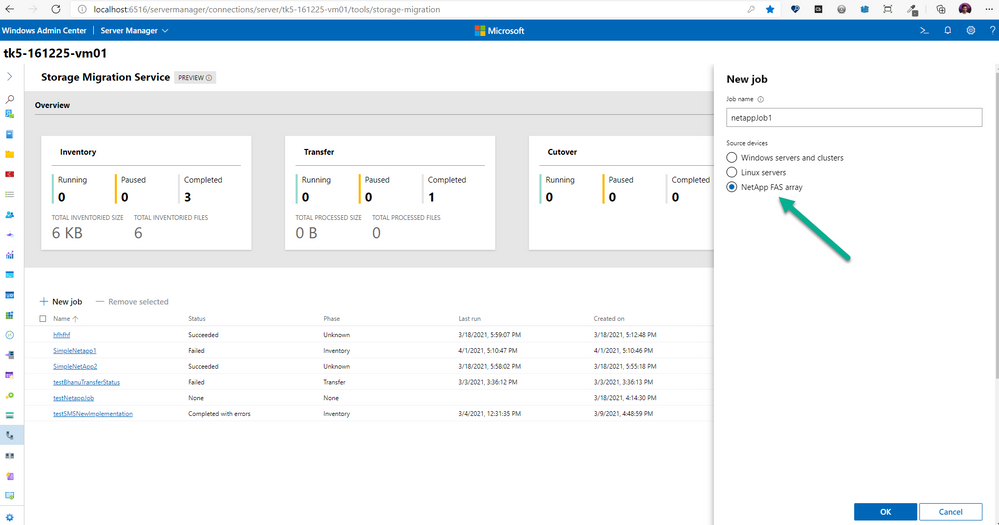 After you create a new job and see the new Prerequisites helper screen, you simply give the network info and creds for your NetApp FAS array and we'll find all the CIFS (SMB) SVMs running. It's actually a bit easier than Windows Server sources; since there is a known host array to enumerate, we save you typing in all the SMB servers. 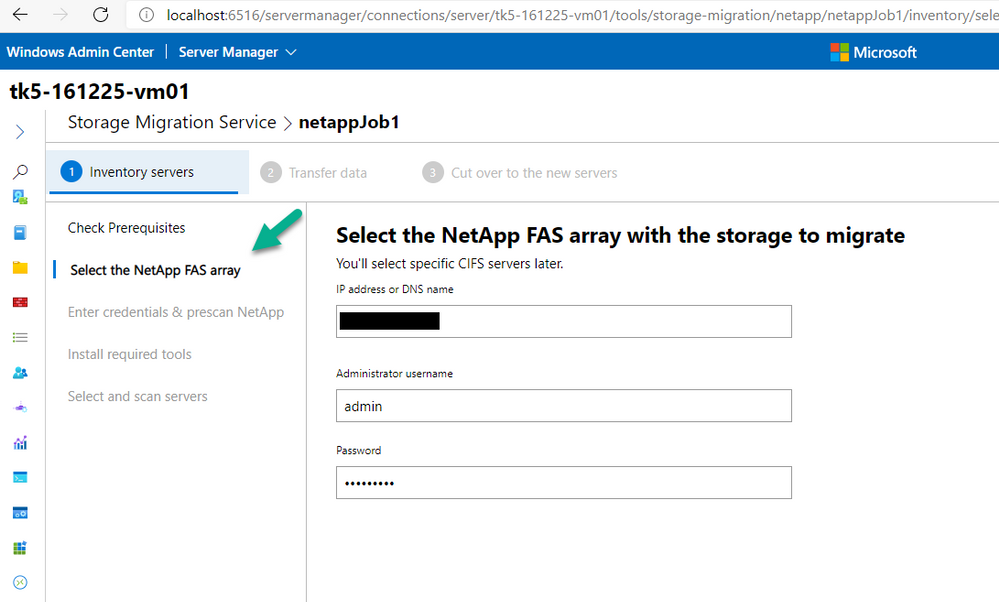 Then you provide the Windows admin source credentials just like usual, and pick which CIFS (virtual) servers you want to migrate. 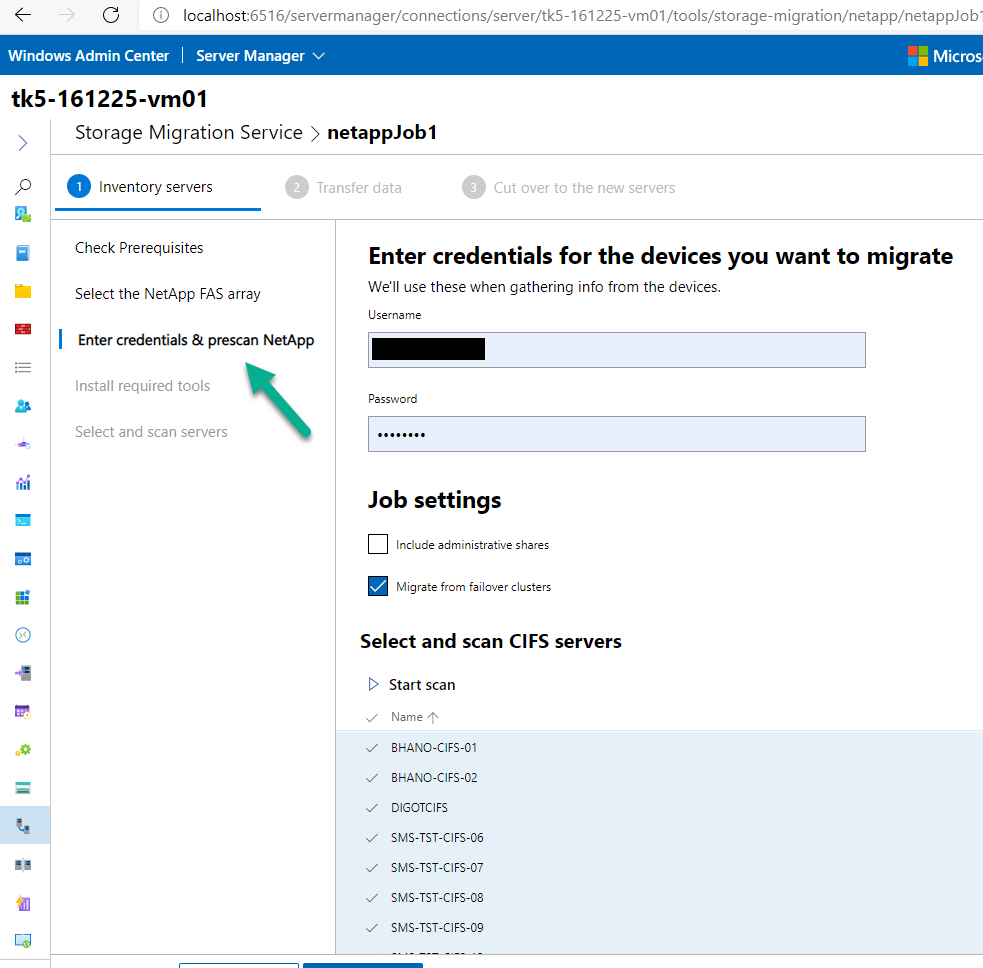 After that, the migration experience is almost exactly the same as you're used to with Windows and Samba source migrations. You still perform inventory, transfer, cutover just like before with exactly the same steps. The one difference is that since NetApp CIFS servers don't use DHCP, you will choose to assign static IP addresses or use NetApp "subnets" before you start cutover. Voila.

I'll get a video demo of the experience up here when I find the time. Busy bee with many new things coming soon, eating up my blogging time. :D