The whitepaper holds plenty of details, and here’s a good one to get you started: 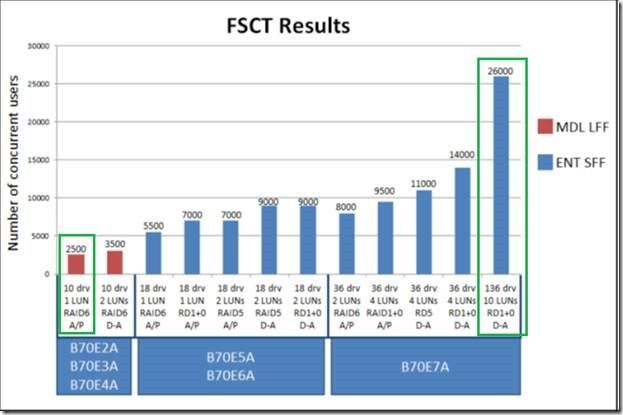 Even the midline-drive equipped StoreEasy model handled 2,500 peak workload home folder users – and if you went for the top of the line enterprise-class disks, it stood up to 26,000 simultaneous users, staying at ~30% CPU utilization, even while anti-virus scanning. 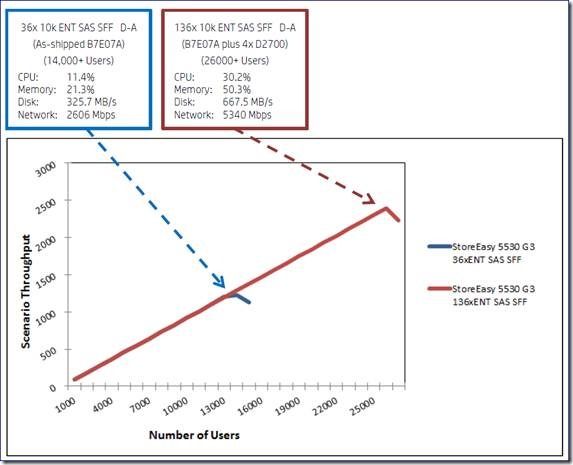 In HP’s previous tests using Windows Server 2008 R2 on the X5000 G2 NAS , they reached 22,500 peak users with anti-virus running, and leveling at 60% CPU. The new data shows a 13.5% improvement, even before you consider that it comes with half the CPU usage. Even with no anti-malware running, the previous OS and hardware did not reach the same number of users nor the same low CPU time.


These tests focused on using Windows 7 clients, meaning SMB 2.1 and not the full gamut of SMB 3.0 features introduced in Windows 8. That’s perfectly OK; we realize that it’s early days and Windows 7 is still the 800-pound gorilla . We’re looking forward to HP’s next tests with an end-to-end SMB 3.0 stack.


Thanks very much to our partner Hewlett-Packard Company for working with us to perform these tests and share them with the public.