Turn on suggestions
Auto-suggest helps you quickly narrow down your search results by suggesting possible matches as you type.
Showing results for
Show  only  | Search instead for
Did you mean:
Detecting Possible Parameter Sniffing Occurences with DMV
By 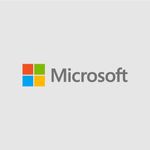 Parameter Sniffing is a scenario which most DBAs had to handle at some point. Usually the main challenge is to detect it, as the toolkit to address it is well known and documented. To help in the detection phase, here's a rather simple query that will just report queries which have a large gap between their minimum and maximum resource consumption values (100 by default). Although not guaranteed parameter sniffing occurences, the content of the short list the query will return should receive a quick review : that means that a given plan has been executed with massively different resource usage, and one could assume that one same plan shouldn't be optimal over that whole range of situation.

Looking at resultset's rowcount variance is advised, but TOP and Aggregates queries will have a stable rowcount that may mask a vastly different amount of data accessed to produce the result, so a lack of difference is not a reliable indicator (a large difference, on the other hand, is a further confirmation).

The 100 factor can easily be tweaked for finer or coarser grain detection depending on environments.

checking duration only might fail to distinguish it from blocking problems*/

from sys.dm_exec_query_stats AS QS

/*'strictly smaller than' will rule out any 0 values from resultset*/