Turn on suggestions
Auto-suggest helps you quickly narrow down your search results by suggesting possible matches as you type.
Showing results for
Show  only  | Search instead for
Did you mean:
Upcoming updates to SQL Server container images on Microsoft Artifact Registry aka (MCR)
By 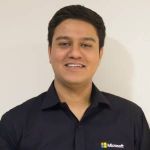 To make this approach scalable & manageable, we will publish SQL Server container images to MCR based on the distribution's most recent version, rather than publishing it for all versions of both RHEL and Ubuntu. Here's an example to help you understand:

This policy will apply for all versions of SQL Server container images. Example: