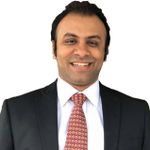 
In the recent past, we worked on an issue where a number of updates on a replicated article (part of transactional replication) were delivered to the subscriber as a series of DELETEs and INSERTs as opposed to UPDATEs. In this post, I will explain the scenarios under which this situation can occur and what the options are to workaround the situation.

Let us consider a scenario that you are replicating a large table which has a primary key and also a unique non-clustered index. The table and index definitions are provided below.

When you execute an update on a table which updates one of the included columns in the unique non-clustered index, then SQL Server has the option to one of the following:

a. Perform the update as-is and update the clustered and unique non-clustered in a single operation

b. Perform the update as a Split operation by splitting each UPDATE into a DELETE and an INSERT operation. During such a scenario, you will find a SPLIT operator in the UPDATE plan for the table on the publisher.

There are number of heuristics information that SQL Server evaluates to split an UPDATE into a DELETE and INSERT pair. The decision is based on evaluation of a function which determines which of the above options would be better for performance.

When you compare the query plans for the plan with a single UPDATE and the plan with split DELETE and INSERT statements, you will find that:

The screenshot below illustrates the difference.

If you are tracing the replication statements, you will find that the first case will only show the execution of “ sp_MSupd_dbo<object name> ” for performing the updates. The second case will show “ sp_MSdel_dbo<objectname>” and “ sp_MSins_dbo<objectname> ” for the split update scenario.

The next question is how do you prevent this from happening. There are a few options that you can exercise:

a. Enable trace flag 2338 at the query level which will prevent the query optimizer from picking per-index plans because of performance. Example of such an update query is shown below.

Note - Executing a query with the QUERYTRACEON option requires membership in the sysadmin fixed server role. Please read this article for details.

b. The per-index plans are generated for index updates when a large number of rows are affected. So another option would be to perform the update in smaller batches.

Wish all of you a Happy New Year in advance from the Tiger team!