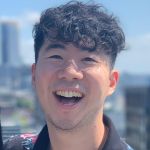 Build and run SQL Server containers as a non-root user

Follow the steps below to build a SQL Server 2019 container that starts up as the mssql user.

As containers improve the way we develop, deploy and run SQL Server, it is important that we are using the best security practices in production. Non-root SQL Server 2019 containers will enable you to run workloads safer in production.