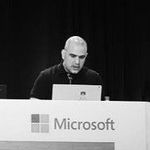 Windows Server version 1709 brings the following important improvements that developers can take advantage of with the updated container images.