Resource Governor allows to you manage SQL Server workload and resources by creating resource pools and specifying limits on resource consumption (CPU and Memory) to incoming requests.  In Part 1 of our Mini-Lab we found that Backup Compression added a significant increase in CPU activity (over 40%).


What if this load is too much?


What if there are too many other processes running at the same time and we need to make sure that the backup doesn't utilize more than 25% of the CPU?


The first thing we're going to do is enabled the Resource Governor:


OK now that we've enabled Resource Governor we need to create our Resource Pool.  You can think of Resource Pool almost like running an instance of SQL Server within your instance.  Here is where you can specify the min and max CPU and Memory percentage that this resource pool can consume.


Let's go ahead and create our " LowCPUPoolUser " which will be the user that runs our queries that we only want to be able to consume 25% of the CPU.

Next we need to create our Workload group.  A workload group is like a container for session requests that are passed through from the Classifier Function.


We mentioned the "Classifier Function" above.  This function is what determines what Workload Group a session gets assigned to.  Any session that is not assigned in the classifer session gets put into the "default" workload group.

Now that we have our classifer function we need to tell the Resource Governor to use this function for incoming sessions and run the reconfigure statement to apply all of our changes:


-- RECONFIGURE THE RESOURCE GOVERNOR TO APPLY THE CHANGES


NOTE: The server I'm using for my testing has a quad core.  In order to highlight Resource Governor at work I set my affinity mask to 1.  What this means is that when I'm showing CPU Usage % and my affinity mask is 1 that 25% is my 1 CPU pinned at 100%


To best show Resource Governor at work we're going to do the following:

If you're interested the CPU intensive query I'm using is:


WHILE @LoopCounter <> 0
BEGIN
SELECT @CustomerID = CustomerID
FROM dbo.Customers
WHERE FirstName like '%whatever%'


And if you don't have the backup script handly from Part 1: 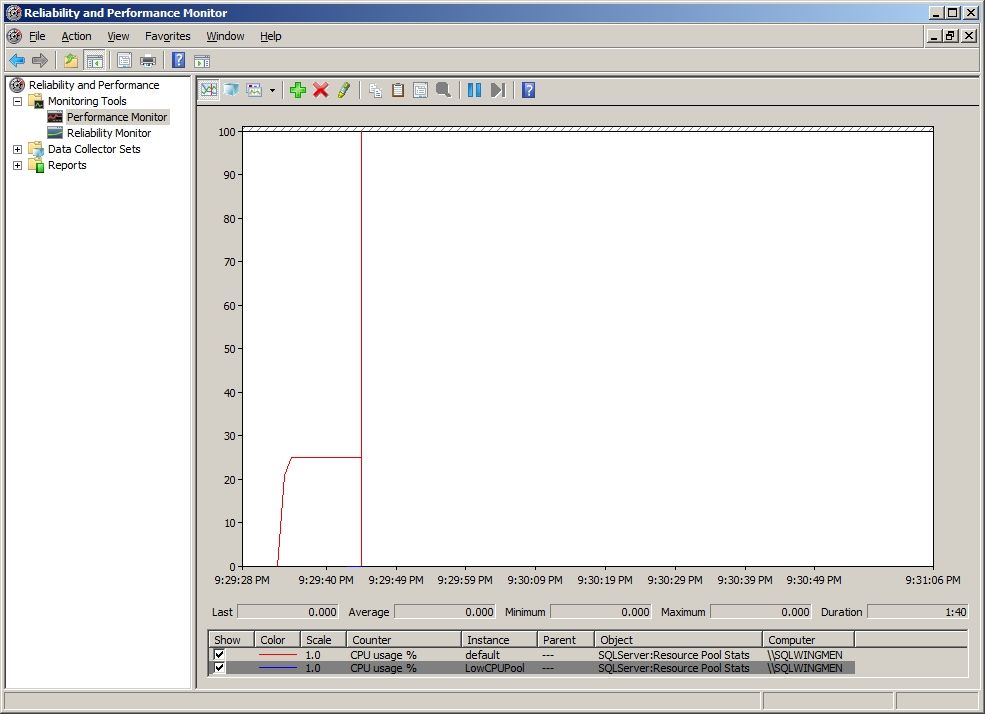 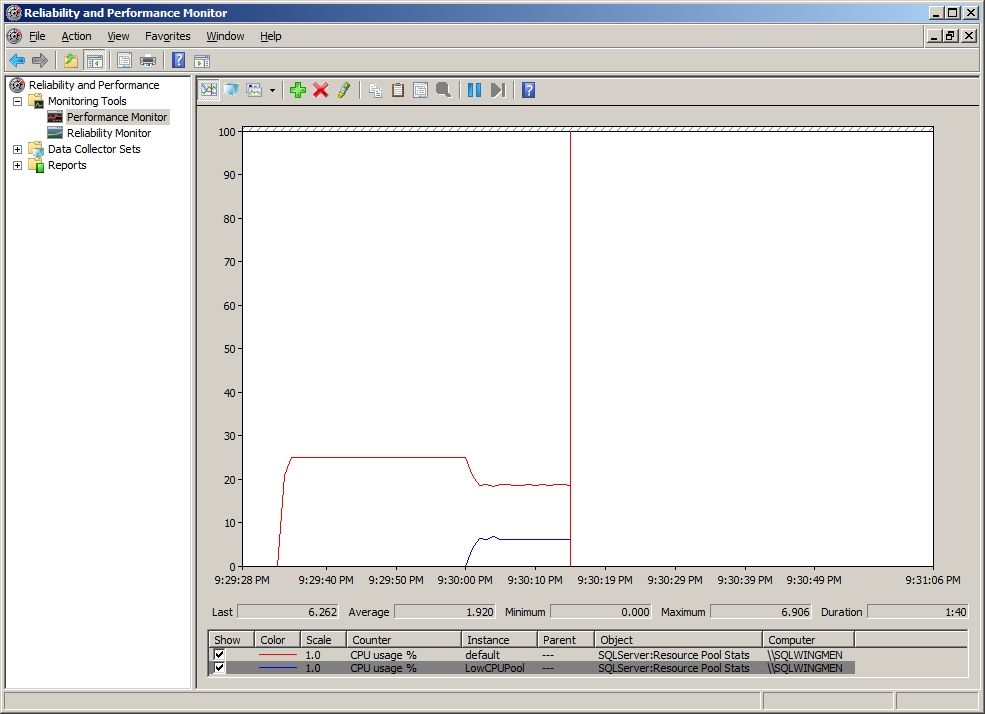 
In Part 1 we had a chart comparing a full database backup without compression and with compression.  We're going to add another row to this chart and that is With Compression and Resource Governor

You can see that because we limited our CPU usage to only 25% that our duration increased a bit (but still faster than an uncompressed backup) and our compressed backup size remained the same.


Backup Compression and Resource Governor are just two out of the many new features that were introduced in SQL Server 2008.  Hopefully this 2 part mini-lab series gave you some motivation to investigate these features further for your environment.