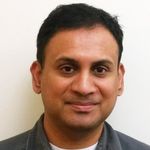 
This blog provides an example of turning a customer escalation to Tiger team into a successful engagement and using the learnings to deliver improvements in the SQL Server product to scale on modern hardware for specific workload.


As hardware trends change over the years, customer environments move to newer hardware with larger number of cores per socket and TBs of memory, performance issues related to  NUMA memory access and database lock contention become predominant. In addition to this, the democratization of storage has resulted in superfast IO technologies such as FusionIO, SSD etc that perform 5-10x faster than a SAN at a fraction of the cost. What this means is IO is no longer a bottleneck. With scale-up hardware, customer expectations increase with the assumption that SQL Server applications will perform better and faster with more transaction throughput.


A major class of contention issues in SQL Server are attributed to excessive waits on thread safe memory objects (CMEMTHREAD) which many workloads experience on modern hardware. The next section describes the problem as well as the solution that addresses this in SQL Server.


Heap allocators, called memory objects in SQL Server, allow to allocate memory from the heap. CMemThread is a thread-safe memory object allowing for concurrent memory allocations from multiple threads. For correct bookkeeping, CMemThread objects rely on synchronization constructs, a mutex in that case, to ensure only a single thread is updating critical pieces of information at a time.


A major disadvantage, however, is that the use of mutexes can lead to contention if many threads are allocating from the same memory object in a highly concurrent fashion. To that end, SQL Server introduced the concept of a partitioned memory object where each partition is represented by a single CMemThread object. The partitioning of a memory object as described above is statically defined in code and cannot be changed after creation. As memory allocation patterns vary widely based on aspects like hardware and memory usage, it is impossible to come up with the perfect partitioning pattern upfront. In the vast majority of cases no partitioning (single partition) will suffice but some scenarios may lead to contention (see the “old experience” on the left side of the illustration below) that can be prevented only with a highly partitioned memory object. It is not desirable to partition each memory object as more partitions result in inefficiencies and increase memory fragmentation. 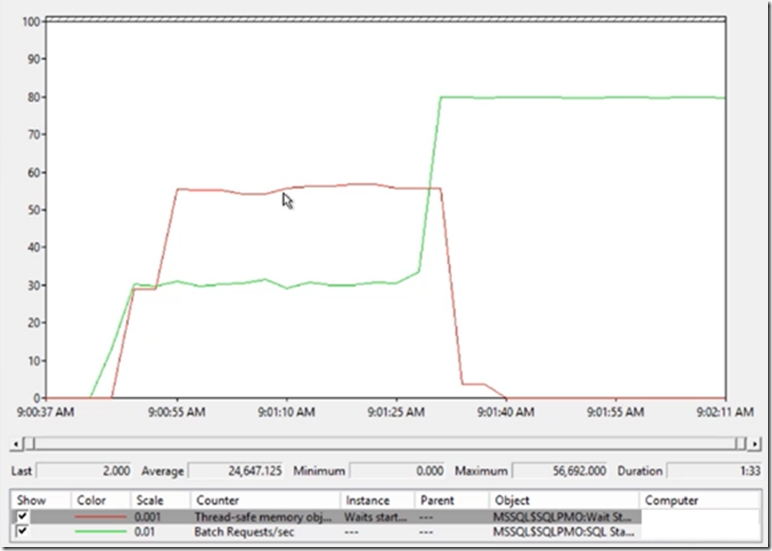 
In the example below, you can see that MEMOBJ_XP memory object (used for memory allocation by XPs) is partitionable (partition_type=1) but no contention on the object has occurred yet. We have added three new columns (contention_factor, waiting_tasks_count,  exclusive_access_count) to this DMV to indicate if there is contention and how many threads are waiting. Since the partition_type is 1, it indicates that though multiple copies of this can be created, only one is created by default for the entire instance.

In addition you can query sys.dm_os_waitstats for CMEMTHREAD wait_type to see how many tasks are waiting on this mutex.


As the workload increases, you can see that the output of both queries now show heavy contention(1000s of threads waiting) on MEMOBJ_XP as every allocation request is waiting to acquire CMEMTHREAD mutex. This is because all the threads in the entire instance have to share the single copy of the mutex.


With dynamic partitioning of memory objects in SQL Server 2016, and in SQL Server 2014 Service Pack 2 (SP2), the contention is greatly reduced as SQL Server engine detects this condition and automatically partitions (i.e., creates multiple copies of the memory object as there are number of NUMA nodes first and if that is not sufficient as many copies as number of logical cores are created). With this you can see the contention is greatly reduced. partition_type 3 indicates object is partitioned by number of logical cores.


A new extended event sqlos.pmo_promotion is available to help with detecting if dynamic memory object partitioning is occurring. This event will fire when


1. an un-partitioned CMEMTHREAD object (i.e. only one copy exists at the instance level when it starts) is partitioned by node after contention is detected on the object


2. a node partitioned CMEMTHREAD object (i.e. as many copies as number of nodes the instance is using) is partitioned by cores after contention is detected on any node.