Turn on suggestions
Auto-suggest helps you quickly narrow down your search results by suggesting possible matches as you type.
Showing results for
Show  only  | Search instead for
Did you mean:
October Update Blog
By 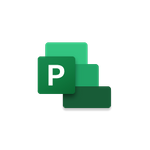 Check out the Microsoft Teams announcement of their feedback portal for more information.

Q: Users can add a project to their teams in Microsoft Teams. When was Teams originally launched?

Q: Microsoft Project for the web released a new critical path feature for P3 and P5 users this month. Can your project have multiple critical paths at one time?