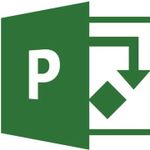 On September 24th at Microsoft Ignite, we announced a new feature for Microsoft Project called Roadmap. Roadmap is a visually exciting way to combine information from multiple Waterfall and Agile projects and share it with co-workers.

Roadmaps are available directly on the new Project Home page that we released into production this Summer.

Check it out at project.microsoft.com 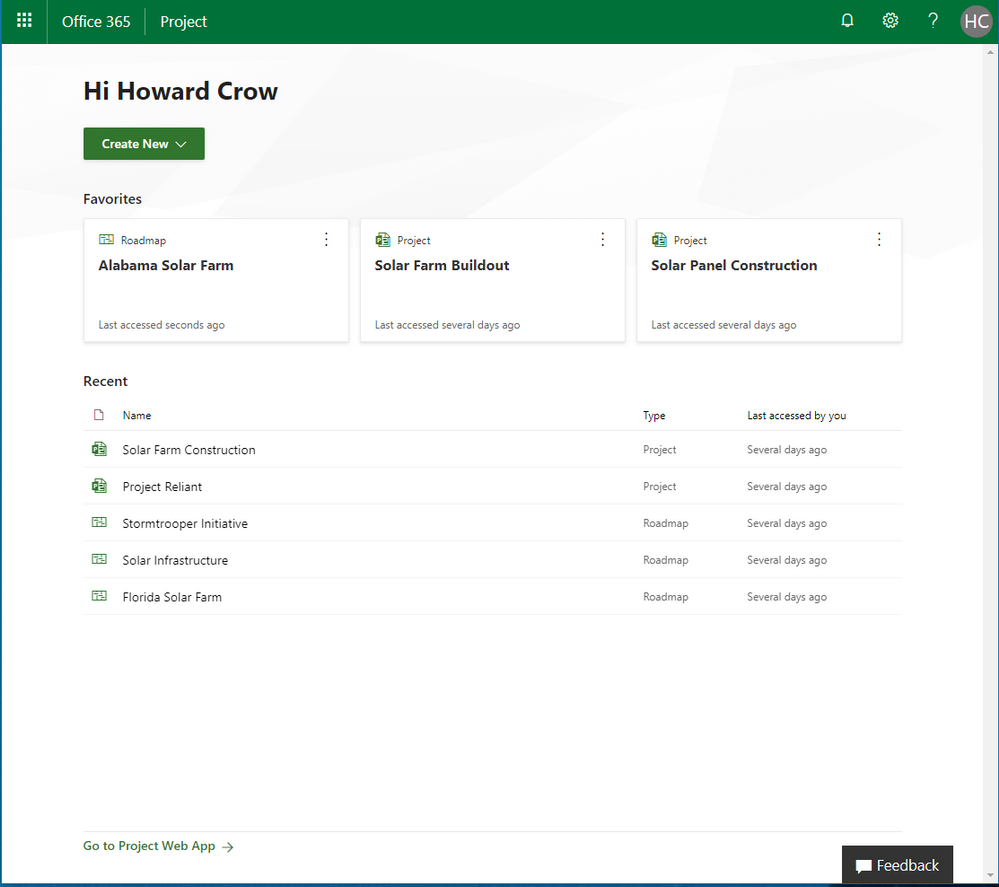 They are easily created from the Project Home page and appear nearly instantly. Performance has been an important tenet of the Roadmap feature 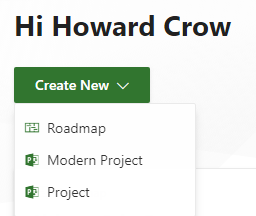 Once the Roadmap is completed, it provides a visual and interactive way to view project status across a program or portfolio. 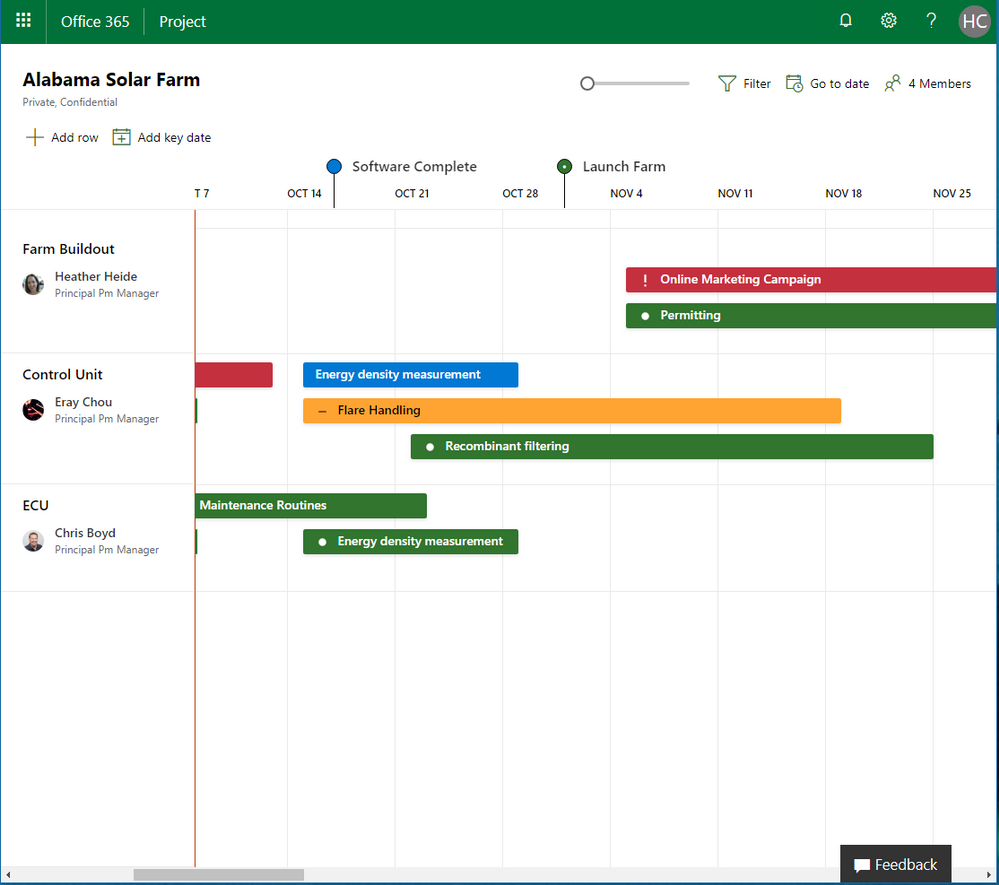 Building out a Roadmap is a fairly simple process. Merely add rows, connect them to projects and then choose what tasks, milestones, features or initiatives you want to bubble up to the Roadmap. After creating a row, pick a project type first. In our initial release, we will support Project Online projects and Azure Boards projects. Over time we will add different project types as we better understand what customer’s needs. We use the Microsoft Flow connector infrastructure for our project types, so it is a very powerful and flexible connection system.

After choosing a project type, the user chooses a project and signs into that project. Microsoft Flow manages all the credentials in a compliant way. 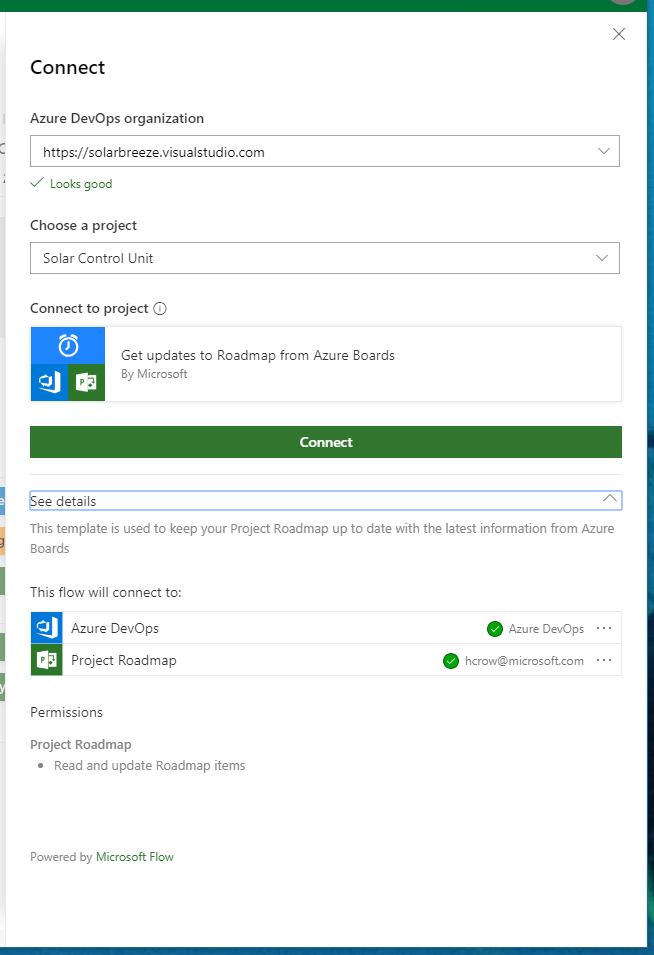 Once the tasks are on the Roadmap, they can be assigned a status by the Roadmap manager. This is independent of the backend project and can be managed by the roadmap owner for reporting.

After that, its merely a matter of choosing what tasks to show on the roadmap. 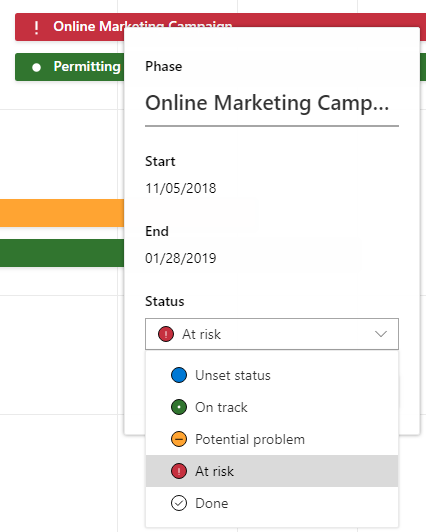 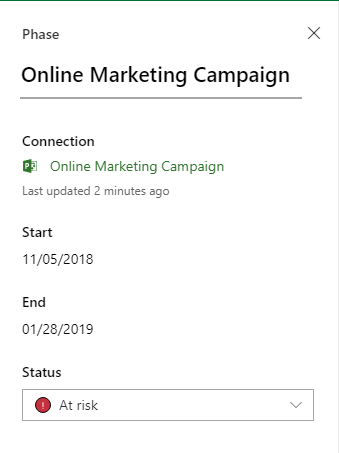 In addition to including tasks from back end systems, users may also add Key Dates to the Roadmap. These dates show up at the top of the roadmap and provide a visualization of important dates that span across projects – like a launch date or big marketing event. 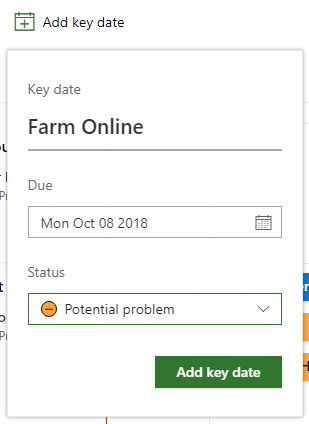 That is a brief overview of the new Project Roadmap feature. We will be releasing the feature to our early adopter program shortly. When we all agree its ready for all our customers, we will begin rolling it out to the rest of our Project Online customers. Keep an eye out for the new Roadmap!