*** Update 11/17/2017 - this post has been out a while, but is still largely relevant.  The Planner folks are looking at improving this experience with the better capability for multiple plans per group that Teams introduced, and a new feature was added to Plans allowing an existing Plan to be chosen within a Team Planner channel - usually this would be the 'default' Plan that was already created for the Group/Team - so don't get this confused with any similar looking plan that may have been created outside of that Team/Group ***

With the release of Microsoft Teams there is a new experience with Microsoft Planner – plans are one of the items that can be added within a team – and you can add multiple plans!  There are a few differences between the way these ‘Team Plans’ behave – but they are real ‘Planner Plans’ and are stored in exactly the same service.  First a little background that will help understand why they behave as they do…

I create a Team in my Office 365 tenant (after switching on Teams in Admin, Settings, Services and add-ins – then selecting Teams and enabling…) called BSPJO_Team: 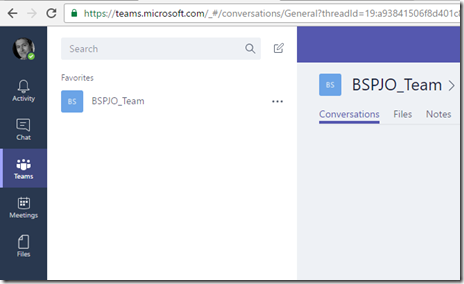 Once I have done this I also see this as a Group in Outlook in Office 365: 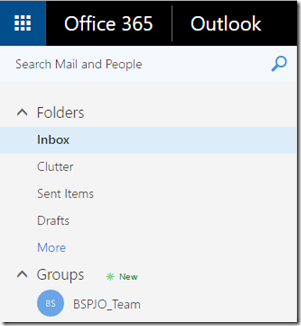 And in Planner – this Plan is also available: 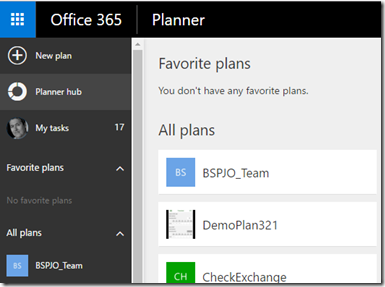 Now if I add a new Plan via my BSPJO_Team called My PJO Blog Team: 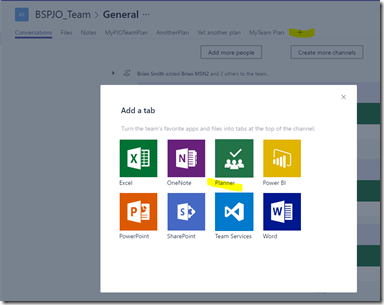 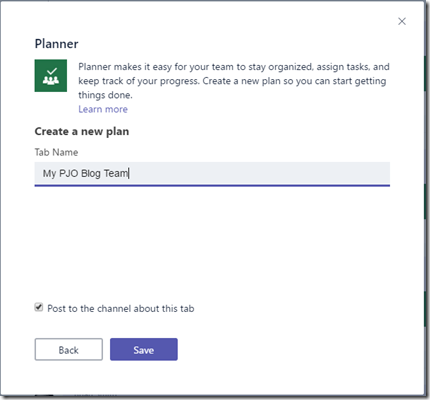 The first thing you will notice is that this doesn’t prompt for an e-mail address to associate with the team.  As this is within a Team it does not get its own e-mail and associated SharePoint site (so conversations and attachments are also not available directly in the plan – but of course at the Team level you have these capabilities anyway).

Once I create this plan I’m going to add a task called My Blog Team Task and assign myself: 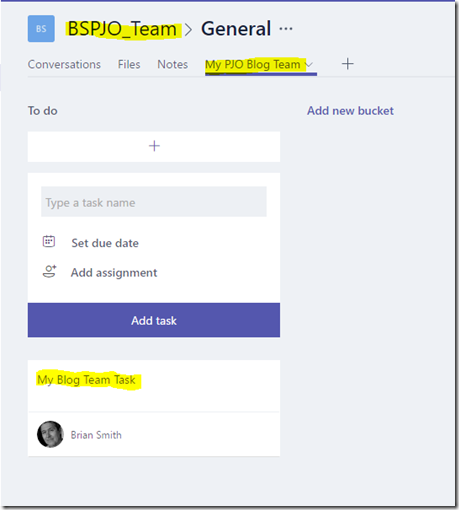 If I now go to Planner I do not see this new plan in my Planner hub:

But I do see the assigned task in My tasks: 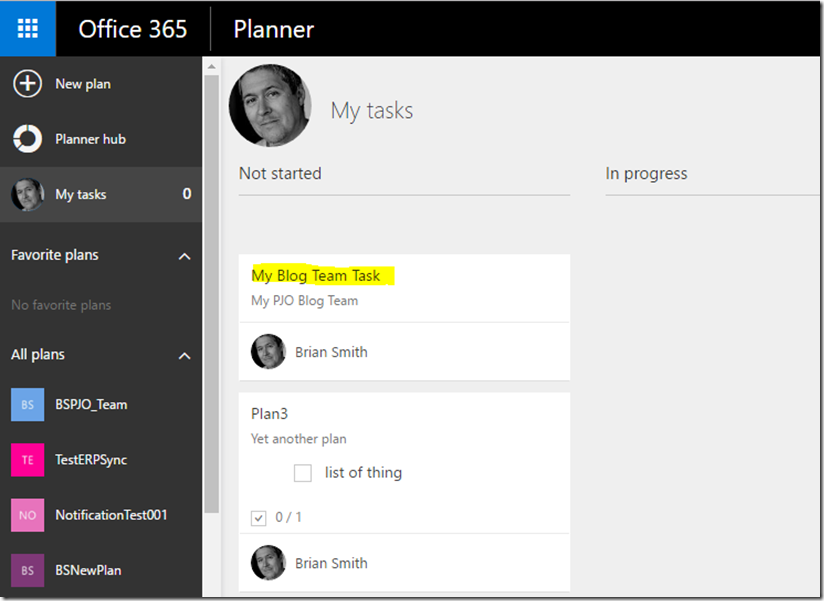 I can work on this task in either environment – and after setting a category in Planner: 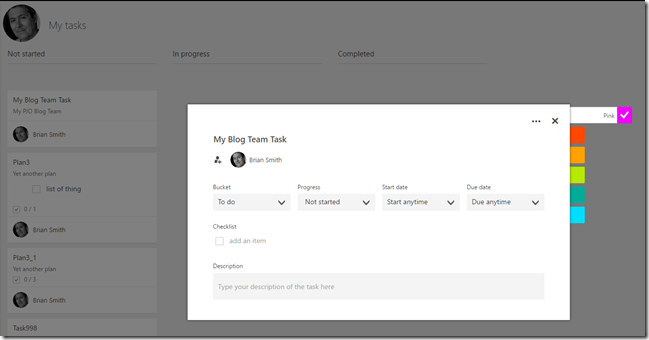 I can see the same category set in Teams: 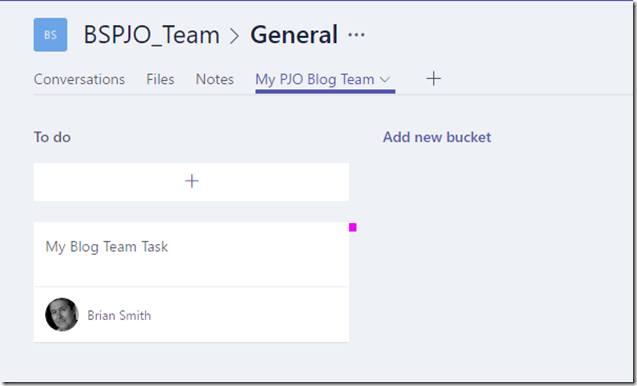 This is all expected behaviour, and the piece that is a little confusing is that the My PJO Blog Team plan does not show in the Planner hub.  This is actually filtered out as the plan does not have the usual one to one relationship to Groups – but could be one of many under the BSPJO_Team Group.  This will change at some point as we move towards having a many to one relationship to Groups outside of the Microsoft Teams scenario.

One other condition I will make you aware of – the synchronization of differences between plans, tasks etc. happens regularly to ensure changes other people make are visible to you – but there is a limit per user of 4 ‘diff sync’ processes – and the addition of Planner to Teams means that this is another ‘client’ that may be syncing.  So once we also release other clients (iOS, Android and Windows) then you may reach this limit if you also have a laptop browser or two open.  One of these will get an error (not sure of the exact text) which indicates you cannot be serviced at this time.