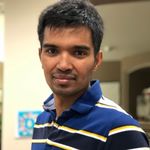 Over the years, we’ve heard feedback from customers and IT Admins about the difficulty in managing Office activation for subscription-based Office clients, such as Office 365 ProPlus. We’re excited to announce upcoming changes to Office that will help simplify activation management and streamline the Office activation experience for users.

In August, we’ll start slowly rolling out these changes to commercial customers on Monthly Channel. The roll-out will continue to Semi-Annual Channel (Targeted) in January 2020.

For your users, here’s what stays the same:

Here are the changes that your users may notice:

Here are the changes that you as an admin may notice when managing devices where Office is installed:

Keep an eye out for these improvements as we start to slowly roll them out for our commercial customers. No additional action is required on your part.