Turn on suggestions
Auto-suggest helps you quickly narrow down your search results by suggesting possible matches as you type.
Showing results for
Show  only  | Search instead for
Did you mean:
How to manage Office 365 ProPlus Channels for IT Pros
By 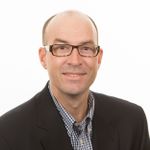 How to manage Office 365 ProPlus Channels for IT Pros

We’ve updated official guidance and published it as an article on docs.microsoft.com: Change the Microsoft 365 Apps update channel for devices in your organization. We recommend that you follow the steps in that article to change channels.”

The goal of the blog is to provide clarification around the mechanics on how Microsoft 365 Apps processes channel change requests.

Change the update channel with ODT

Step 1: Before you begin, make sure the scheduled task "Office Automatic Update 2.0" is enabled on the client devices. This task, which updates the assigned channel, is a required part of managing updates for Microsoft 365 Apps, whether you use Group Policy, the Office Deployment Tool, or Configuration Manager (ConfigMgr).

Step 3: Create a configuration file that specifies the new channel name. In the example below, the   channel changes to Semi-Annual Enterprise Channel (Preview). For more information on channel names, see Channel attribute in the Configuration Options article.

The Office user interface such as the "backstage", will not show the updated channel name until a build of Office from the new channel is installed. 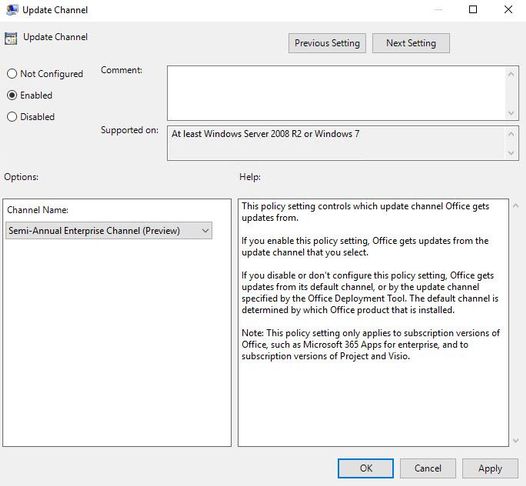 * Group Policy refreshes in the background every 90 minutes by default.  Use gpupdate /force to expedite.  Alternatively, add registry key manually to policy key

Group Policy will set registry keys, that’s all. Microsoft 365 Apps uniquely leverages a scheduled task named Office Automatic Updates to maintain product configuration including channel management. The name itself “Automatic Updates” can cause confusion for IT Pros in enterprise environments where System Center Configuration (ConfigMgr) is used to deploy updates. When you enable management of the Office 365 Client Agent setting in client settings (COM), rebranded in ConfigMgr client setting to "Management of Microsoft 365 Apps for enterprise", or via domain policy, software updates for Office 365 Client will be delivered only from ConfigMgr. The Office Automatic Updates scheduled task will fire based on default set of triggers, regardless if COM is enabled or not, or by manually running task you can compress time frame to validate change.

CDNBaseUrl represents the channel where product was installed. If no channel was defined in unattend, Monthly is default selection.

Tip: IT Pros can monitor several registry keys to validate change has occurred after scheduled task has completed. Registry keys of interest when monitoring can be found under the following key: HKLM\SOFTWARE\Microsoft\Office\ClickToRun\Configuration. Editing key(s) should not be done directly and can lead to unintended consequences. Rather, monitor keys for desired outcome.

UpdateChannel: This is the channel configuration “winner”.  This is dynamically managed by the Automatic Updates scheduled task and should not be edited directly.

In our example where we are using GPO to move Office 365 ProPlus to Semi-Annual Enterprise Channel (Preview), Office Automatic Updates scheduled task will discover policy key and then will flip UpdateChannel to new value, in this case from http://officecdn.microsoft.com/pr/7ffbc6bf-bc32-4f92-8982-f9dd17fd3114 (SAC) to http://officecdn.microsoft.com/pr/b8f9b850-328d-4355-9145-c59439a0c4cf (SAC-T). Additionally, UpdateChannelChanged will be set to True. Upon next successful Office 365 Client update, UpdateChannelChanged will reset to False. The product can only accept one channel change request at a time with successful update as a prerequisite prior to accepting another change.

If you have completed steps above and channel change is still not being reflected, you may be blocked by timers referred to as “Discovery Period” or "DoFrequentUpdates". IT Pros may encounter this scenario during compressed time validation in lab scenarios.  During this period channel changes and Office downloads will not occur. (default timer period is 24 hours).  The Office logs in C:\windows\temp\%Computername%* will provide "Less than a day since last update run, just trying to apply!".  This is an example where timer is in scope.

After UpdateChannel has successfully changed, Office 365 Clients pointing to CDN will download latest build from faster channel. Office 365 Clients which have COM enabled for ConfigMgr integration will download newer build next time Software Updates Deployment Evaluation cycle runs based on configuration of Software Deployment within ConfigMgr. IT Pros can expedite testing channel migration by deploying desired build to validation collection (should be a build from Semi-Annual Enterprise Channel (Preview), use the Configuration Manager applet from control panel to perform Machine Policy Retrieval followed by Software Updates Deployment Evaluation Cycle. 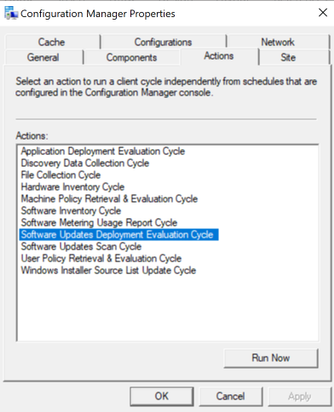 *Since we can’t do binary delta compression (BDC) the download will be larger.  As a result, network considerations should be considered when downgrading from CDN.  For example, Delivery Optimization should be enabled in Windows to allow clients to share content peer to peer.  This also can be combined with features in ConfigMgr such as Connected Cache for further optimization.

How does channel management work when Office 2019 is installed and GPO "Upgrade Office 2019 to Microsoft 365 Apps for enterprise" is enabled?

Some customers may have a need to have one factory image of Windows which includes Office 2019 and later upgrade a subset of machines to Office 365 ProPlus.  The steps outlined above still apply in terms of mechanics and how channel changes are processed.  The only difference is Office 2019 will initially have CDNBaseURL and UpdateChannel will reflect http://officecdn.microsoft.com/pr/f2e724c1-748f-4b47-8fb8-8e0d210e9208.  First, the GPO above will set policy key.  Second, The Office Automatic Updates 2.0 scheduled task will flip the UpdateChannel to SAC (3114) by default and dynamically convert the product to Semi-Annual Enterprise Channel.  In short, Office 2019 is just an older version of Microsoft 365 Apps, so differences in content between the two products will download from CDN or from ConfigMgr Distribution Point depending on your configuration. (Size will be significant for one-time conversion).  For CDN, this process is automatic.  For ConfigMgr, IT Pro only needs to deploy latest build for to channel as software update to collection, just like any monthly "Patch Tuesday" process.  ConfigMgr will find build applicable and upgrade like any other Office update.  Licensing\Activation will switch from volume activation (KMS) to subscription based (Office Licensing Service).

Why does this guidance differ from ConfigMgr page Change the update channel after you enable Office 365 clients to receive updates from Configuration ...?

Microsoft recommends customers leverage Group Policy to change Microsoft 365 Apps channels because its easier for IT Pros. Group Policy sets registry key under policy hive and Office Automatic Updates scheduled task to processes channel change.  The link above references CDNBaseURL.  Notice from the list below this is the 5th item evaluated for priority by the scheduled task.  As a result, if the first three priorities listed are not configured and CDNBaseURL doesn't match UpdateChannel, scheduled task will align them resulting in channel change.  This blog posting leads with Group Policy where link above requires a direct registry change through Group Policy Preferences or Compliance Item in SCCM.

I installed Office initially on one channel and later used GPO to assign a new one, is it normal for the CDNBaseURL and UpdateChannel not to match?

I tried to assign Monthly Enterprise Channel (MEC) to a collection of machines running old builds of Office and operation failed? Why?

Since Monthly Enterprise Channel is a new channel, this information was backported to all channels so older clients would be informed of change.  In general, Semi-Annual Enterprise Channel needs to be at least March 2020 to in order to move to MEC using group policy.  Alternatively, use the Office Deployment Tool to change channel.

I deployed Microsoft 365 Apps for Windows 10 app from the Intune wizard, does the guidance above apply to me?

No. Customers who deployed Microsoft 365 Apps from Intune wizard are using a feature called OfficeCSP. (super important to understand) What does that mean? The Intune deployment of Office will stamp in the registry a copy of the XML based on the answers provided in the wizard. While the deployment is active in Intune, the Office CSP will continue to check on frequent schedule if Office installation matches the registry entry to ensure no deviation exists. If a deviation is detected, Channel change or Office app\language is installed\removed, Office CSP will re-run Office Deployment Tool using SYSTEM to align with configuration defined within Intune. Therefore, the supported methods to change the channel for OfficeCSP managed installations are as follows:

If Office CSP doesn’t provide required flexibility, consider creating an application within Intune to run the Office Deployment Tool with Configuration.xml to align with traditional on-premises type deployment aligning with original guidance above.

Using Intune ADMX or Settings Catalog (MDM) to change channel for Office CSP based installation of Office is not supported.  Supported options are listed in bold above.

This blog post is brought to you by Dave Guenthner, a Senior Premier Field Engineer and “ProPlus Ranger” at Microsoft. Feel free to share your questions and feedback in the comments below.