Turn on suggestions
Auto-suggest helps you quickly narrow down your search results by suggesting possible matches as you type.
Showing results for
Show  only  | Search instead for
Did you mean:
Once Upon a Time in a Hybrid World
By 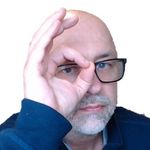 Once Upon a Time in a Hybrid World

When COVID hit, we had to rush to find virtual meeting solutions. Some divisions were already using WebEx, others bought Zoom, and the organization decided to enable Microsoft Teams since we already had Microsoft 365.

There was no time for training, but everyone was saying it’s easy to use and we didn’t have the choice. It was a bit clunky at the beginning to work from home. The VPN seemed to be causing some problems, some meetings were crashing, some froze, some were hard to hear. But we are resilient, and we got used to it.

After a few months, we started to find our way using Teams.

We understood that we didn’t need the VPN to connect to Teams and the performance and reliability was better. There were still some hiccups with people not using their camera or their microphone properly. It’s not like a meeting at the office. We could hear background noises, hear people talking with someone else, see kids running in the background. It’s like some people’s minds were not in the meeting. Then we got used to it.

The work changed a bit with more and more meetings. There were large meetings where most people were not talking. Most of the meetings were blind (nobody was on camera). It was difficult to focus on in all the meeting; , we had so many. We started to multitask in most of our meetings and ask to repeat the question when we heard our name.

Then we started to come back to the office a few days a week, but we kept using Teams,  Zoom, or WebEx, what was the most convenient for each team. Sometimes, people gather in a meeting room and connect with others. It is strange to talk to each other through our camera while some of us were in the same room.

Fortunately, a few weeks after, our IT team installed Teams room systems in a few meeting rooms so we could talk to each other face to face and look at a big screen when remote workers were talking.

It was awkward that with the digitalization of meetings we had more and more back-to-back meetings with almost no bio breaks and still had more and more emails. New technology was in our hands, but we didn’t change our unhealthy habits of overcommunicating. It was even worse.

Working on documents was even worse. We had a lot of people sending us emails with attached documents to review or contribute to. It was a nightmare to manage versions and reconcile all the changes.

Some people were using the file share to store documents. Others were using their computer. A few used public tools like Google Drive to access files without VPN. Some used OneDrive, but when they left the company we lost access to their documents. Many used Outlook as their file cabinet. It was a mess.

It was often consistent within a team, but when you had to collaborate with other teams, we needed first to understand how they were working.

There was one department who used SharePoint, but they asked to use meta-data when uploading documents to supposedly ease the discoverability. We quickly ended this experience and came back to our old habits.

One day our CEO blew a fuse not finding an important document quickly enough. He asked the CIO, “Why, after we invested in the cloud, are we still inefficient?” The CIO didn’t know what to say. He suggested that we investigate.

He hired an Organizational Change Management (OCM) specialist to establish a diagnostic and build a roadmap to make things better. After a few weeks, the OCM consultant discovered all this, and even more, by doing interviews and a survey. He recommended first to standardize on one platform (Microsoft 365) and especially on Teams. It will save money, align better with how people work, avoid context switching between all the different tools. Then he said, “You need to train users on how to use the technology and how to behave with technology.”

It’s true that we discovered a lot of useful features like Noise Suppression in Teams meetings, but more importantly, we started to work the same way understanding when to use what tool for what purpose. There were no more Zoom or WebEx, no more Google drive, and each Microsoft 365 had a well-defined purpose. OneDrive was to store drafts or any documents that didn’t need to be shared internally. Teams was the main tool to work on living or working documents, and SharePoint was to store final documents to be shared with a wider audience (a department or the organization).

We now use the same best practices to collaborate, to communicate, and to attend meetings.

One big benefit came from the guidance to not use emails for internal communication and to use Teams instead. It took some time to adjust and convince reluctant teammates to change, especially when they saw managers keep sending emails.

But, we had regular meetings to measure what was done or not, discuss it collectively, tell our stories and what benefits we saw. We are still on this journey, and we need to be on guard since all habits can come back quickly.

We are now moving our file shares in the cloud to streamline the collaboration in Microsoft 365. Keeping both environments is weird. It’s like having an old house with many issues and a new house with the bells and whistles but having to navigate between both because we didn't move the furniture.

Teams became our house where we do the vast majority of our work in a more efficient way. We are having less and less meetings because the discussion happens before and after, having less emails because conversations happen transparently in Teams (don’t you dream to finish your emails with zero unread email?). Then we became more comfortable with the technology and how we can leverage it in our life at work thanks to the training provided and a good digital etiquette.

We can now look at the future and leverage new tools and new features that Microsoft is consistently providing, and thankfully, most of those tools are add-ons to Teams, which is as the center of our strategy, too.