Turn on suggestions
Auto-suggest helps you quickly narrow down your search results by suggesting possible matches as you type.
Showing results for
Show  only  | Search instead for
Did you mean:
Microsoft Ignite Live Blog: OD15 - Harness the Power of Teams Rooms and Intelligent Devices
By 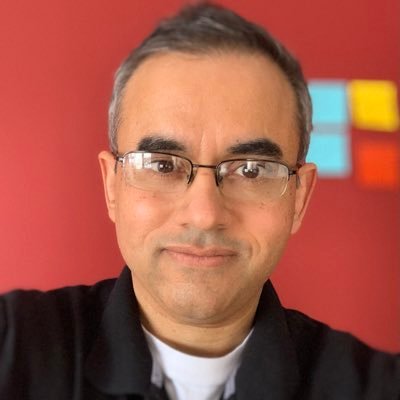 This is a session recap from OD15 - Harness the power of Teams Rooms and intelligent devices for immersive hybrid meetings at Microsoft Ignite 2022.

This blog post will focus on the latest announcements from Teams Rooms and certified device partners that will help build a more immersive environment for meetings, which allows all participants to be seen, heard, and fully participate.

The meeting space is no longer just a physical space. It is now a hybrid of physical and digital spaces. The future of meetings will be more immersive, collaborative, and intelligent. In the future, the meeting space will not be limited to physical space but will also extend to other teams' devices.

Microsoft Teams Rooms and other teams' devices are delivering more intelligent, responsive, and immersive hybrid meeting spaces for work. The furniture in this space is designed for productivity and comfort with modular components that can be easily rearranged to create different layouts depending on the type of meeting being held. These pieces of furniture are also intelligent devices that provide access control, lighting, temperature control, and audio/video capabilities.

As employees are already returning to the offices, they expect a seamless meeting experience. Organizations need solutions that fit different levels of budget, tech, and space.

The latest announcement in this area is hot desking on Microsoft Teams displays – a dedicated device for Teams calling and meetings. Hot desking allows employees to reserve a desk from the device. Users can sign in using their ID to attend meetings and make calls. When the user signs-out, all information specific to the user will be erased. This experience is now available on the Crestron Flex Display.

The new hot desking experience will also be available on the Yealink DeskVision A24 and Neat Frame later this fall.

Another new announcement in this area is Logi Dock. It includes a video mute button. With video mute on the Logi Dock, users can quickly turn video on/off with one touch.

And to support virtual presentations in the Teams meeting, Microsoft announced Microsoft Presenter Plus, a handheld device. It allows the user to mute/unmute their voice, advance their slides, and raise their hand in a meeting. Microsoft Presenter+ is now available for pre-order in select markets.

If you are looking for a content camera feature at your desk, then Logitech Brio 500/505 camera will provide that feature. You can tilt the camera down to show the physical content.

Based on the work trend index study, Microsoft learned that 43 percent of remote participants say they feel excluded in meetings. To add more inclusive intelligent elements to the Teams Rooms meetings, Microsoft announced an improved compatibility of the video layout on 16:9 aspect ratio displays by decreasing the default height of the video gallery and removing the left panel, which previously displayed participants who raise their hands.

Now a 16:9 display maximizes the content being viewed, and for the rooms of the wider screen and dual screens, Microsoft updated the gallery size and adjusted the header to maximize the content for improved readability. 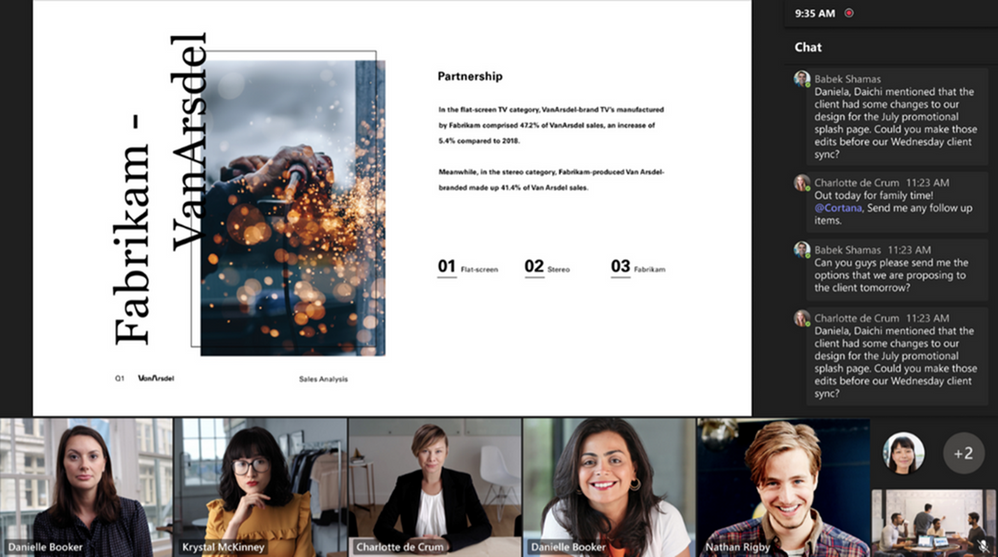 In the current Teams Rooms, the video feed of the entire room makes it difficult to track who is speaking. Microsoft announced the IntelliFrame feature at Ignite 2022. IntelliFrame uses AI to have each participant in the room with their own video feed. This allows remote participants to clearly see who is in the meeting room and track who is speaking. The Intelliframe option must be selected in the camera control menu on the in-room console.

IT admins have control of the Intelliframe option as the default for in-room cameras via Teams Admin Center. Microsoft also announced, the Yealink SmartVision 60 intelligent camera. It will be available in early 2023. It provides 360 panoramic degree camera designed for Teams Rooms.

Very soon, Cisco will become a Microsoft Teams Rooms certified devices partner, and Cisco devices will run the Microsoft Teams Rooms Android client natively. The Cisco-certified device portfolio will initially include six meeting devices and three peripherals, with many more to come moving forward. The first wave of these devices, expected in early 2023, will target small to large meeting room spaces. The default user experience on all these devices will be Microsoft teams rooms, but the devices will also have native support for joining meetings hosted on WebEx. The home screen will offer the ability for users to join WebEx meetings either from a calendar via One-Touch Join or via a join-by-code experience. And either way, this will launch a native WebEx application, but the device will always return to Teams Rooms once the WebEx meeting has ended.

You can watch the on-demand session that covers all the announcements at Microsoft Ignite 2022 OD15 - Harness the power of Teams Rooms and intelligent devices for immersive ....