While I was studying for the Managing Microsoft Teams (MS-700) exam, I learned a lot more about Microsoft 365 Groups than I previously knew. I was a full-time employee at Microsoft when Office 365 groups were made available and in 2014 when we began a Microsoft Midwest Toastmasters group, we created an Office 365 group to keep our members and Microsoft employees, Microsoft partners and MCTs (Microsoft Certified Trainers) and Microsoft MVPs (Most Valuable Professionals) aware of our meetings, agendas, and toastmasters leadership institute (TLI) events in the surrounding area.

In the spring of 2017 Microsoft Teams came out. I had left Microsoft in 2016 (prior to Teams being generally available) but had made sure other full-time employees were owners of the Office 365 group I had created. I had one of our club officers upgrade our Office 365 Group to a Microsoft Team (which still exists today!)

The Microsoft Teams Administrator role that you can assign to users includes the capability to create Microsoft 365 Groups (because when you create a team, a M365 group is created behind the scenes), but that does not extend to Dynamic Groups! 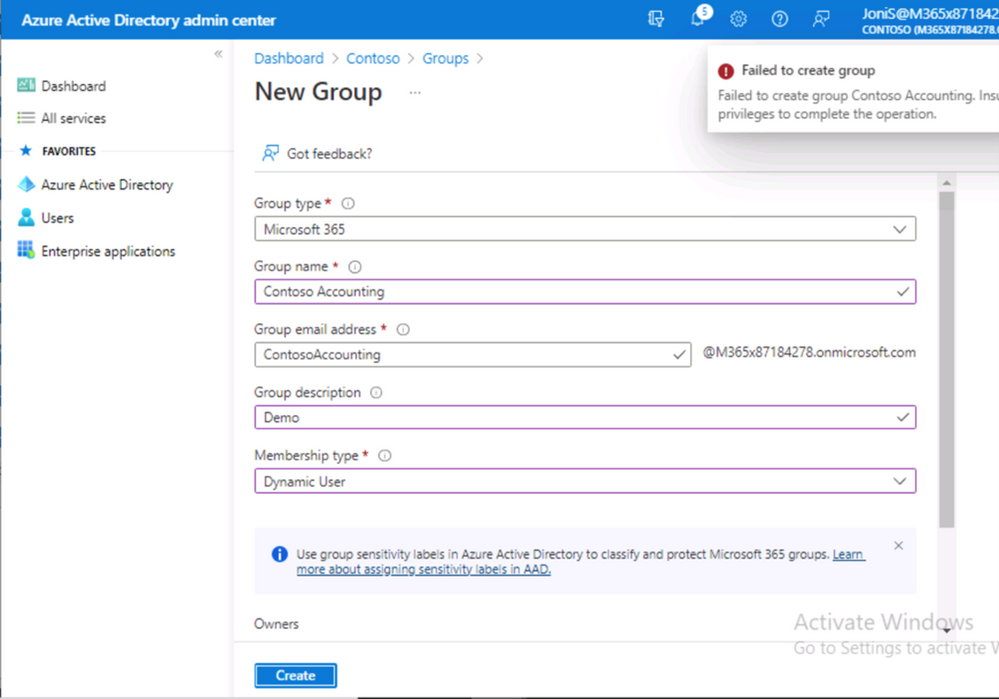 By adding Joni to the Group Administrators role assignment in Azure Active Directory or Microsoft 365 Admin Center, she then has the rights to create a Dynamic Group! 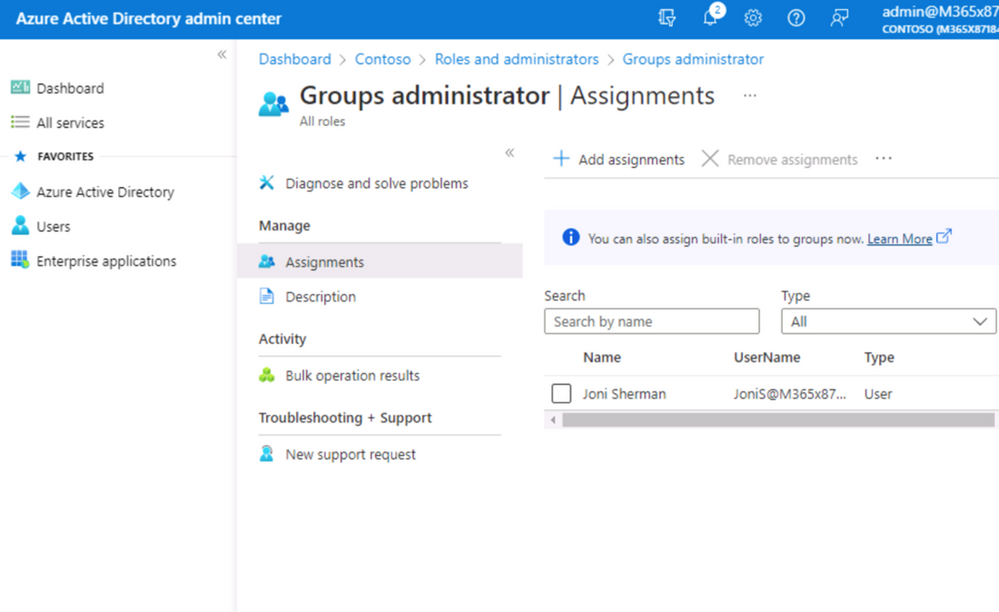 There are probably other examples of where the Microsoft Teams Administrator doesn’t have full access to all the functions in a particular area, but this is one while studying and preparing for the MS-700 exam I ran across and thought it was worthwhile to share here.

Dynamic Groups are defined and allow you to maintain the group (and thus the team) membership automatically. Terms like “least amount of administrative effort” get used on the Microsoft exams a lot (multiple correct choices, but one is the easiest or once setup maintains itself). This would be a good example of something that is the least amount of administrative effort, but Joni also needs to have Teams Administrator AND Group Administrator roles to create, and I believe maintain the Dynamic Group (or would have to ask a Group Administrator or a Global Admin for help doing so).

Dan Rey worked at Microsoft from 2005 – 2006 and from 2019 – 2020. He is self-employed at DESA Enterprises (http://www.linkedin.com/company/desaenterprises), a 22-year MCT and a recent (Feb 2022) MVP in Office Apps and Services. When not training, you can find him traveling the world and playing pickleball.

To write your own blog on a topic of interest as a guest blogger in the Microsoft Teams Community, please submit your idea here: https://aka.ms/TeamsCommunityBlogger.