Turn on suggestions
Auto-suggest helps you quickly narrow down your search results by suggesting possible matches as you type.
Showing results for
Show  only  | Search instead for
Did you mean:
Security baseline for Microsoft Edge version 108
By 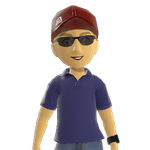 We are pleased to announce the security review for Microsoft Edge, version 108!

An interesting setting Admin’s may wish to consider, particularly if using Windows Defender Network Protection or similar security software. TLS Encryped ClientHello (ECH) Enabled is a privacy-improving feature that combats one of the shortcomings of HTTPS – namely, TLS does not hide from a network observer the target hostname to which the browser is connecting. This means that your company or ISP network administrator (or anyone who can spy on network traffic) can see the hostname of the site to which your browser is connecting, which has privacy implications. ECH hides the hostname so that a network observer can only see the target IP address of browser traffic, but not which specific site at that IP is being requested.

The reason that this feature has a security impact is that some security software may be spying upon your network requests and blocking requests to specific sites based on the site’s hostname. As a specific example, the Windows Defender Network Protection feature relies upon looking at the Server Name Indication (SNI) within the ClientHello to decide whether to block traffic to sites on the “known malicious” list or the customer’s custom blocklist. If the ClientHello is encrypted by the browser’s new ECH, this Network Protection feature (and similar features in other security software) will not be able to read the SNI, and thus will not be able to block the traffic.

Microsoft Edge version 108 introduced 4 new computer settings and 4 new user settings. We have included a spreadsheet listing the new settings in the release to make it easier for you to find them.

Please continue to give us feedback through the Security Baselines Discussion site or this post.