Turn on suggestions
Auto-suggest helps you quickly narrow down your search results by suggesting possible matches as you type.
Showing results for
Show  only  | Search instead for
Did you mean:
OneDrive sync 64-bit for Windows now in public preview
By 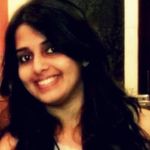 We’re excited to announce that the 64-bit OneDrive sync client for Windows is now available as a public preview!

We know this has been a long awaited and highly requested feature, and we're thrilled to make it available for early access. You can now download the 64-bit version for use with OneDrive work, school, and home accounts.

To move from the 32-bit to 64-bit (or vice versa) you'll need to make sure the OneDrive version you install is the same version as you currently have, or newer. For more information, see  What version of OneDrive am I using?

Note : If you have a 64-bit operating system with an x64-based processor, you can choose to install either the 32-bit or 64-bit OneDrive.

For ARM64 devices, you should continue to use the 32-bit OneDrive.

For instructions on installing the 64-bit client see Choose between the 64-bit and 32-bit version of OneDrive.

Note: Your install type will be preserved, although if you're using PerMachine, you'll need to run OneDriveSetup.exe /allusers.

Looking at the comments/feedback we have received on this article we wanted to address some of commonly asked questions.

Will there be an update from 32 to 64 bit when it's released? Or system notification?

When the 64-bit OneDrive is generally available, your device will be automatically updated to 64-bit if it meets the requirements. There won't be a system notification, but you can follow the roadmap and release notes to see when it's released.

I'd like to know what this will give in an upgrade process from 20H2 to 21H1? Will this client be uninstalled / replaced by the original one?

The OneDrive sync client updates independently from the OS upgrade. If your device meets the requirements, OneDrive will be automatically updated to the 64-bit version when it's generally available.

Is there any guidance on number of synced files and changes to performance?

We're still assessing performance impact and evaluating if there will be any changes to guidance. For now, our guidance on the number of files remains the same.

Will this also fix the .lnk and .url exceptions in Group Policy when desktop is redirected to OneDrive?

The 64-bit version has the same feature set as the 32-bit version of OneDrive. However, I think this doc on blocking syncing specific file types might address your scenario.

We continue to evolve OneDrive as a place to access, share, and collaborate on all your files in Office 365, keeping them protected and readily accessible on all your devices, anywhere.

Check out the new and updated OneDrive documentation.

Thank you again for your support of OneDrive. We look forward to your continued feedback on UserVoice and hope to connect with you at Ignite or another upcoming Microsoft or community-led event.

Thanks for your time reading all about OneDrive,