Turn on suggestions
Auto-suggest helps you quickly narrow down your search results by suggesting possible matches as you type.
Showing results for
Show  only  | Search instead for
Did you mean:
OneDrive Message Center Updates October 16th to October 31st
By 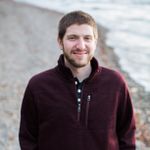 The team has been hard at work and we have some great new updates coming in November that you might be interested in! This month, we will be releasing the next version of the OneDrive mobile apps (on both iOS and Android) with support for new Mobile Capture scenarios and intelligent meeting note sharing. The Word, Excel and PowerPoint mobile apps will ship the common sharing dialog as well. On the web, we are releasing the new Recent and the new Manage Access experiences. Finally, we’re making some updates to the Access Request Outlook Actionable Messages. All of these features will start arriving in your organization in November. We are also announcing deprecation plans for the OneDrive application on Mac OS X Yosemite (10.10) & El Capitan (10.11).

New Mobile Capture scenarios for OneDrive on iOS and Android

We are extending our scan functionality in the OneDrive mobile apps to make your experience even better! You can use the OneDrive apps to scan documents, whiteboards, images from the field, a site visit and more! With the new Mobile Capture feature, you can now add custom metadata to anything you scan with the app. Simply start the scan from the Library you want to add it to, and after capturing the scan, the metadata fields will appear for you to edit in the app. The image and metadata will both be added to the library you’ve selected! This feature will begin rolling out on both Android and iOS in November. 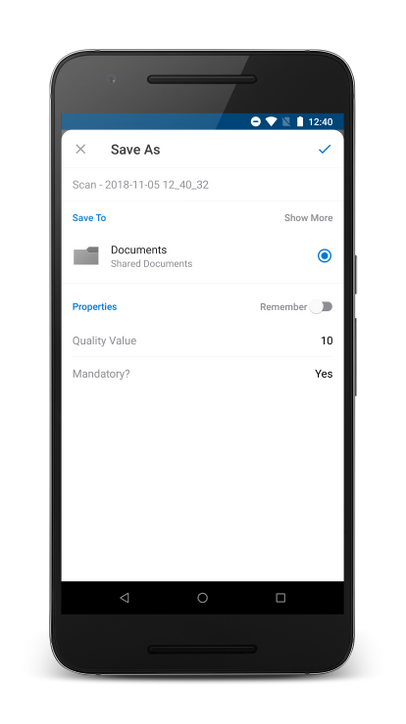 Mobile Capture with custom metadata in OneDrive on Android

OneDrive strives to make your work day easier with powerful intelligence features that save you time. When taking a scan of meeting notes, the OneDrive mobile apps will now prompt you to share the scan with the meeting invitees. This feature is made possible by the power of the Microsoft Graph which connects your files, scans, meetings and more together. This feature will be available on both Android and iOS in November. 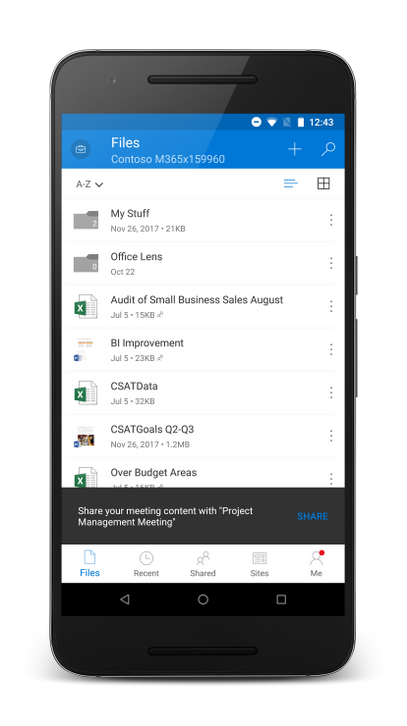 Word, Excel & PowerPoint on iOS and Android now use the common sharing dialog

Learn to share once, learn how to do it everywhere; even in your favorite document editing apps Word, Excel and PowerPoint. We’ve brought our common sharing experience to the Word, Excel and PowerPoint apps so that your content stays secure and your users feel confident securely sharing and collaborating no matter which app they are using. This feature will be available across Android and iOS in November. 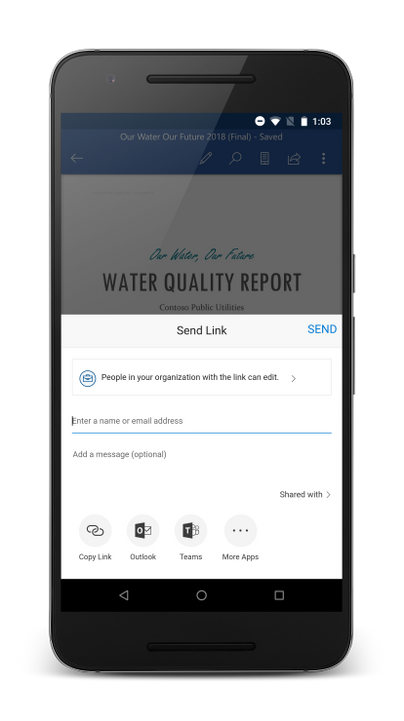 Over the next few months, we will be rolling out the new Recent view on the OneDrive web experience. Recent helps connect you to the files that you care about most and we’re updating the experience to make it simpler, faster and more satisfying to use. The new Recent will work better with Office files and you can expect to see future improvements for other file types as well. 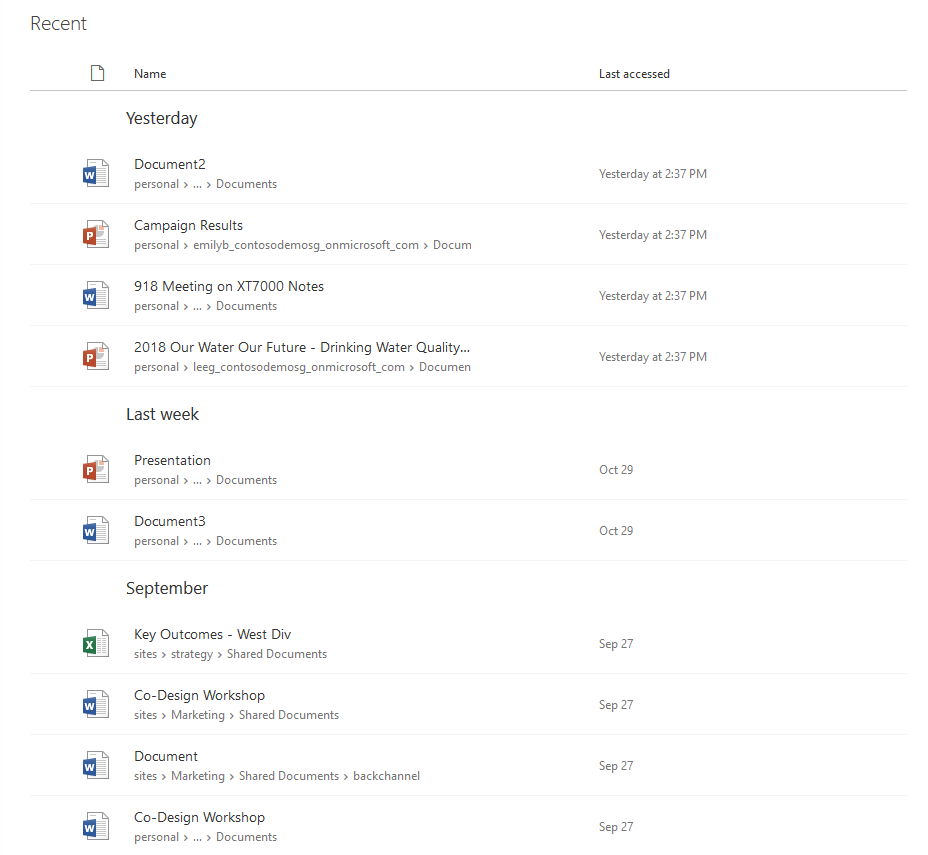 We are beginning a rollout of the new Manage Access experience which aims to make it easy for users to see and control access to their files and folders. The new Manage Access makes it easier for users to add and remove individual users on links that work for Specific People as well as making it more clear what users are using what links. This experience will begin rolling out in November should complete rollout in December.

Earlier this year, we shipped support for Outlook Actionable Messages in Access Request mails which allows users to manage access requests with a single click from their e-mail client. In November, we will ship two updates to the Access Request Actionable Message. First, we will now update the message card when it opens & tell the user if the access request has already been accepted or declined by another user. Second, users will now be able to choose whether the recipient will receive edit permission (the current default) or view permission. 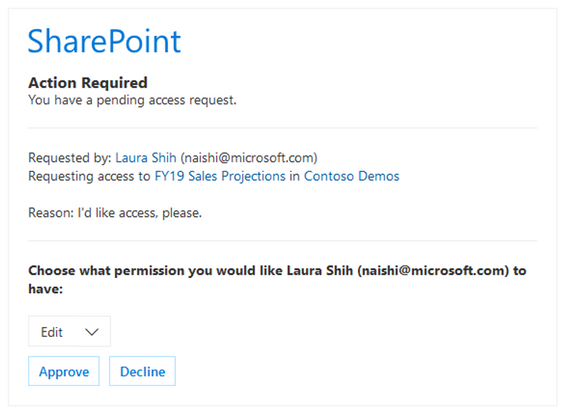 The OneDrive team is committed to bringing you the best, most secure experience possible across your devices. To support that commitment, we must focus our resources on new technologies and operating systems that our users are adopting and minimize our investments where that isn’t the case. As such, we are ending support for the OneDrive Desktop application (sync client) on Mac OS X Yosemite 10.10 and Mac OS X El Capitan 10.11 effective February 1st, 2019.

To ensure a smooth transition we recommend that you upgrade machines to Mac OS X 10.12 or above before February 1st, 2019. For the best user experience and longest support lifecycle, we recommend upgrading to macOS Mojave 10.14.