Turn on suggestions
Auto-suggest helps you quickly narrow down your search results by suggesting possible matches as you type.
Showing results for
Show  only  | Search instead for
Did you mean:
Live Photos come to OneDrive
By 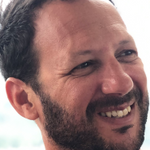 We are thrilled to announce that the OneDrive iOS app now uploads Live Photos. When you take a Live Photo, you capture a still image along with several seconds of before and after video. OneDrive now stores and plays back the full motion and sound of your Live Photos, bringing your memories to life.

Uploading Live Photos from the OneDrive iOS app
To upload your Live Photos in all their moving glory, simply turn on automatic camera-roll upload, or you can also hand-pick a few favorite memories to save one-by-one. In both cases you will need to run OneDrive app build 12.11 or higher and iOS 13 or higher.

If you have uploaded Live Photos from your device prior to OneDrive’s support of Live Photos, then these were stored in OneDrive as still photos by default. However, you can easily re-upload these to OneDrive as Live Photos. To do this, make sure you are on OneDrive app build 12.11 or higher and iOS 13 or higher. Then go to the OneDrive Settings > tap “Camera Upload” > tap “Reupload from Original Formats” > toggle ON the switch labeled “Reupload Still Photos as Live Photos”. Note: This action cannot be undone and will upload Live Photos in their original format (by default, iOS devices capture Live Photos in the HEIC format which some Windows and Android devices can’t display.)

At this time, Live Photo playback is not supported on the OneDrive Android App or the OneDrive sync clients. When you view a Live Photo in either of these places you will see a still photo.

Editing a Live Photo in OneDrive
Editing of Live Photos is not currently supported in OneDrive. If you change a Live Photo by performing a rotate, markup, crop, or other edit, OneDrive will save the edits as a still photo. If you would like to revert these changes and restore the photo to the original Live Photo, you can do this by clicking on the Version History command for the photo on OneDrive for web, and clicking “Restore” on the previous version. Note, previous versions are kept in version history for 30 days.

Thank you to the many people who requested this feature on our feedback platform, User Voice. Your requests and feedback help us to build a better product, and we’re delighted to release this feature today.