The Shiproom: Leadership amid rapid transformation 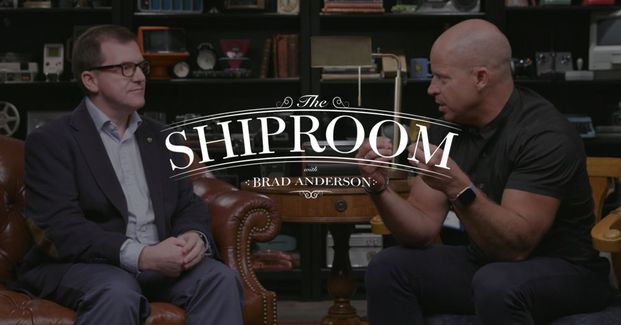 When Simon Bullers joined Lloyds Banking Group as director of engineering in 2017, he wanted to end the cycle of multi-year platform migration projects in favor of modern management. In less than three years, he has led his conservative financial institution of 90K employees through digital transformation using Microsoft Managed Desktop.

For an industry that isn’t known for rapid transformation, how did Simon bring about those changes?

In this episode of The Shiproom – Brad Anderson’s quirky interview series with tech leaders – Simon shares a number of insights for leaders facing big challenges, such as:

And if that isn’t compelling enough, you won’t want to miss how the conversation turns to narwhals, sharknadoes, and ancient currencies.

To hear more about Simon’s experiences deploying Microsoft Managed Desktop at Lloyds Banking Group, check out his conversation with Bill Karagounis at Ignite 2019.

What’s your favorite moment between Brad and Simon? Share your feedback in the comments, and be sure to subscribe to our blog for more great content about Microsoft Managed Desktop.