Turn on suggestions
Auto-suggest helps you quickly narrow down your search results by suggesting possible matches as you type.
Showing results for
Show  only  | Search instead for
Did you mean:
Latest updates to the Azure Database Migration Service and database migration tools
By 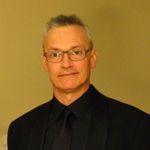 Since we announced General Availability of the Azure Database Migration Service (DMS) in May, we delivered a variety of new features and additional functionality to enhance and extend the value of this service and our other database migration tools. I am pleased to share with you some details about key deliveries we have made in each area.

Azure DMS is a fully managed service designed to enable seamless migrations from multiple database sources to Azure Data platforms with minimal downtime. Since we announced General Availability in early May, we have included the following updates:

DMA enables you to upgrade to a modern data platform by detecting compatibility issues that can impact database functionality on your new version of SQL Server. It recommends performance and reliability improvements for your target environment. It allows you to not only move your schema and data, but also uncontained objects from your source server to your target server.

Version 3.6 introduces updates, including “Auto fix” for schema objects that are impacted by the most common migration blockers. With v3.6, auto-fix is enabled for the following migration blocker and behavior change issues:

We recently release the latest minor update to SSMA, v 7.8, which includes the following changes:

The most recent release of DEA, v 2.5, provides the following improvements:

In addition, a few stability improvements have been included with this version of the tool.

If you are currently working with one of the tools or services, you might find the following links useful:

I hope that you enjoy working with the latest features and functionality available in our migration tools and services. Be sure to share your impressions through User Voice: Azure Database Migration Service , by using the feedback links at the bottom of each article in our documentation, or by reaching out to the Data Migration Team directly.