Turn on suggestions
Auto-suggest helps you quickly narrow down your search results by suggesting possible matches as you type.
Showing results for
Show  only  | Search instead for
Did you mean:
Office 365 Groups will become Microsoft 365 Groups
By

Office 365 for Enterprise, Firstline Workers, Education and Government are not being renamed.

Back in 2014, we introduced a new cross-suite service for Office 365 commercial and education customers called Office 365 Groups, which enables people to create public or private groups. The first apps to take advantage of the Office 365 Groups service included Outlook, SharePoint, OneNote, and Skype for Business. Today, Office 365 Groups power collaboration experiences in more than 22 apps across Microsoft 365, and partners build custom solutions for their customers leveraging Microsoft Graph APIs and the PowerApps framework. Whether it’s a Team in Microsoft Teams, a Community in Yammer, or an Outlook Group, the Office 365 Groups platform enables users to create, share and discover knowledge and information. 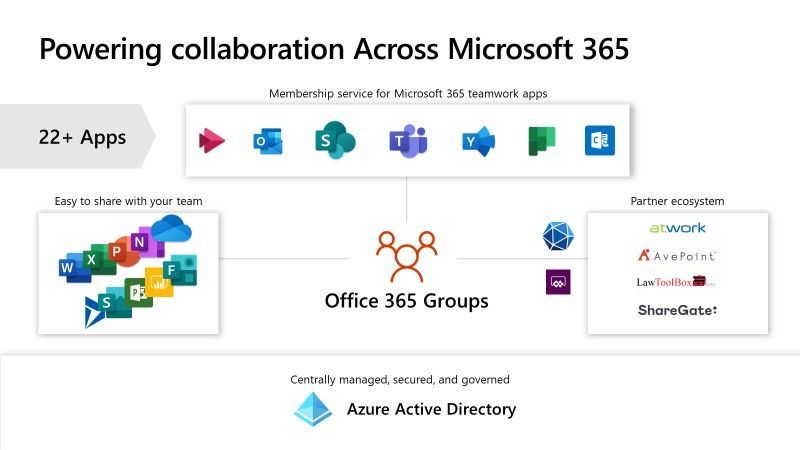