Turn on suggestions
Auto-suggest helps you quickly narrow down your search results by suggesting possible matches as you type.
Showing results for
Show  only  | Search instead for
Did you mean:
Enabling automation with Microsoft 365 Apps for enterprise
By 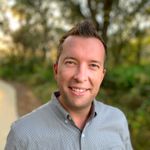 Robotic Process Automation (RPA), also known as unattended use, allows an organization to license certain account types that are designed to be used in process automation.

There are two types of RPA:

Over the years organizations have used automation within Office apps, but the process always had to be done with volume license versions of Office due to licensing limitations and feasibility of an organization licensing RPA accounts. Microsoft 365 E3: Unattended License now enables IT admins to automate and use the same version/build of Office that their end users are running. Keep in mind that Office was developed with the end user in mind and not automation. Although this new license allows for amazing automation, we suggest you follow the considerations for RPA outlined here: https://aka.ms/unattendedofficeconsiderations.

The following are the requirements for using unattended RPA with Microsoft 365 Apps for enterprise:

If you want to enable RPA in Microsoft 365 Apps for enterprise, click here for step-by-step instructions.

To validate if the Microsoft 365 E3: Unattended License is active from a Microsoft 365 App, navigate to File > Account. Here's an example in the screen shot below: 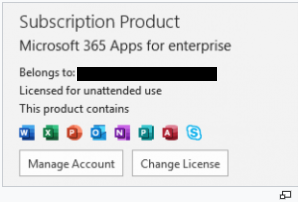 Another way to validate if the license is active is under, "%LocalAppData%\Microsoft\Office\Licenses\5\Unattended."

If user is signed in, but there is no RPA entitlement (Unattended License) assigned or activated on the account, users may see the following message within their Microsoft 365 Apps:

To deploy an Unattended License, you simply purchase the required number of Microsoft 365 licenses and assign the license to a user in the Microsoft 365 admin center. To enable this functionality on a device, use the group policy for currently installed devices and/or the command line.

For more information on unattended RPA with Microsoft 365 Apps for enterprise, check out this Microsoft Docs article.