Tuesdays with Corey: How to Integrate GitHub Actions into Workflows 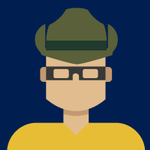 Tuesdays with Corey: How to Integrate GitHub Actions into Workflows

In the past - "Tuesdays with Corey" was a light hearted take on cool Azure technologies that were brought to you by Corey Sanders - VP of Azure Compute. A while back - Corey took on a new role as Corporate VP of Microsoft Solutions - something that is broader then just the Azure focus. With the new role - Corey's calendar filled up with his crazy travel schedule - so it got a bit more hectic to get time in to film some new episodes.

I had a chance to film him to kick off a new season of "Tuesdays with Corey" by talking with Matthew McCullough - VP of Field Solutions at GitHub. Matthew sits down to show off how Developers and Operations folks alike can get their needs met by using / integrating GitHub Actions into their workflows. Flexibility and control - all in one.