Turn on suggestions
Auto-suggest helps you quickly narrow down your search results by suggesting possible matches as you type.
Showing results for
Show  only  | Search instead for
Did you mean:
Step-by-Step: How to deploy a container host with Windows Admin Center
By

Step-by-Step: How to deploy a container host with Windows Admin Center

Last week Microsoft released a new version of the Containers extension on Windows Admin Center. This release was focused on helping IT Admins getting their container hosts up and running without much effort.

The process of deploying the containers feature on Windows and Docker is actually well documented on our docs page - for both Windows 10 and Windows Server. However, installing the necessary components is just the first step you have to take to prepare your container host. So let's take a look at what the process looks like on Windows Admin Center. 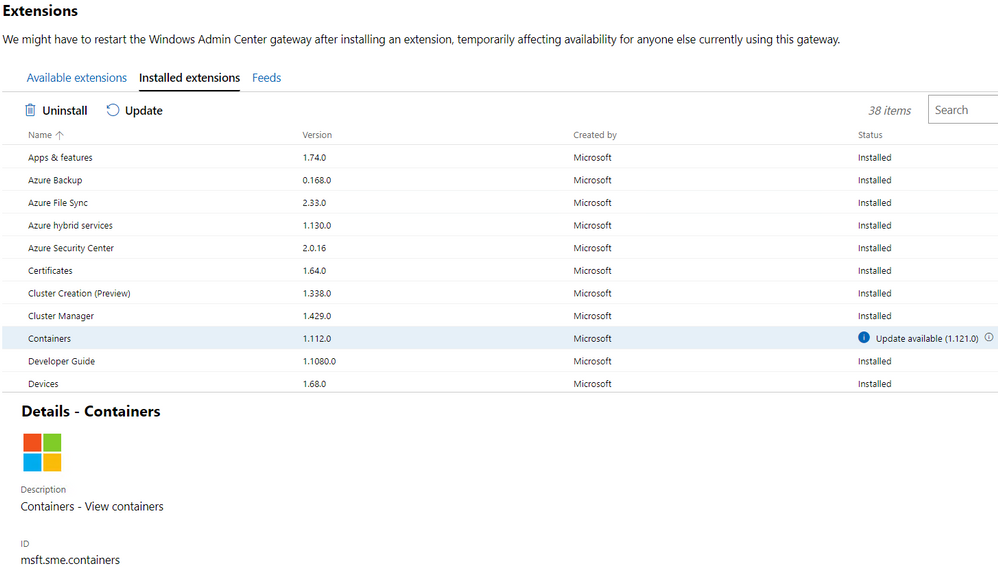 If you don't have the extension installed, you'll see it under Available extensions. If you have a previous version of it installed you can check the Installed extensions tab and look for the update.

An important note here is that the previous version of this extension was available on the Windows Admin Center Insiders feed - which required some additional configuration. This is not a requirement anymore, as the new version is now available on the public feed.

Next, you can go the Windows Admin Center main page and target the server you want to deploy as a container host. Once you open the connection to the targeted server, you'll see the Containers extension show up:

Once you click Install, Windows Admin Center will start the deployment of the Docker components as well as the container feature on Windows. This process might take a few moments to complete and will restart your server:

After the server restarts, you'll be taken to the Windows Admin Center main page. 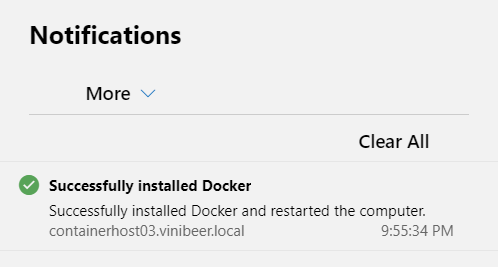 That's it, no command line and PowerShell commands needed. However, there's more to be done in order to run your first container. Let's open the connection to the server again and open the Containers extension, then click on the Images tab:

As you can see, there are no images available to create new containers from. While you could go to the command line and simply pass on the image name you want to run, it will take a while to pull the layers needed to run that image. Since all Windows containers are created from the base container images, it's probably a good idea to have those images already pulled for when you need it. to do that, click the Pull option: 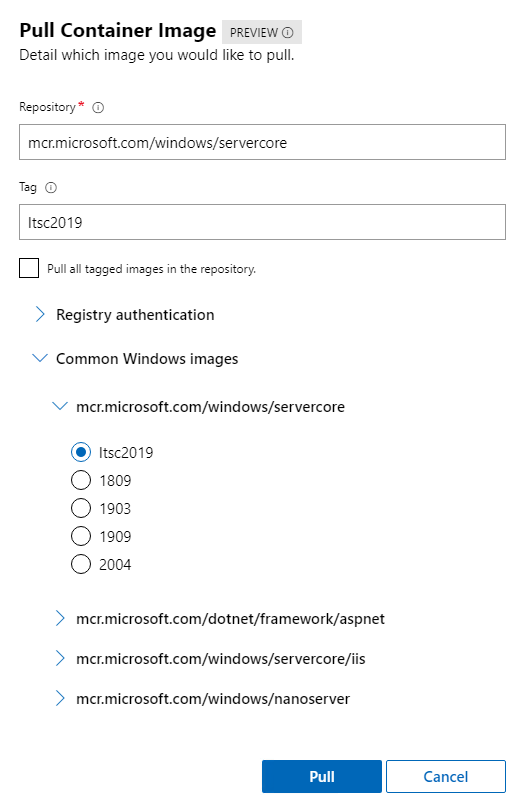 Another great update to this extension is that now you have a list of the most common container images, including the base container images of Server Core and Nano Server. After you pull the images, the process of running new containers based on those images will be way faster.

I hope this blog post was useful and that will help you get started in using Windows Containers with Windows Admin Center. Let us know what you think in the comments or in our GitHub repo.