Turn on suggestions
Auto-suggest helps you quickly narrow down your search results by suggesting possible matches as you type.
Showing results for
Show  only  | Search instead for
Did you mean:
Delaying visibility of software updates in Intune for supervised iOS devices
By

We shared in a previous post that we were moving a few settings around in the console. As part of this change, we’re disabling the “Delay Visibility of Software Updates” setting with the February service update and removing it from the iOS update policy blade towards the end of March April. We aim to help resolve confusion around this setting and software update policies which are configured to push updates to devices. This will not change the way your scheduled software updates apply but it may affect how long the visibility of this update is delayed for end users.

After the February update to Intune and until the March April update rolls out, the Delay visibility setting will appear both in Device restriction profiles in the console and in Update policies for iOS in the Software update blade. During this time, here’s what you’ll have to do -

For existing Update policies for iOS: If you have custom configured this setting to anything other than the default 30 days, and want your existing configurations for the Delay visibility setting to continue to apply after the end of April March, you’ll have to create a new iOS device restriction profile. This will need to have the same values as in the existing Software update policy and be targeted to the same groups. If this setting has the default value of 30 days and you want that to apply after April March, you will still need to reconfigure the setting in it's new location to 30 days. After the April March service update, this setting will not show up in existing Software update policies you will no longer be able to edit values there.

Note: If the value for number of days you can delay visibility does not match in both locations, the Delay Visibility setting will not work, and end users will see the update on their devices as soon as it is available. So if this is configured as 20 days in one spot and 25 days in the new location, the setting will not apply at all. End users will see a notification on their device as soon as an iOS update is available.

This may have minimal impact for most customers since the Software Update Policy has always taken precedence over this setting in the console.

For new update policies for iOS: If you try to create new policies in the Software updates blade after the Intune February service update, you will see this setting grayed out. You’ll see a note in the console as shown in the preview screenshot redirecting you to the Device configuration blade to delay visibility of updates. 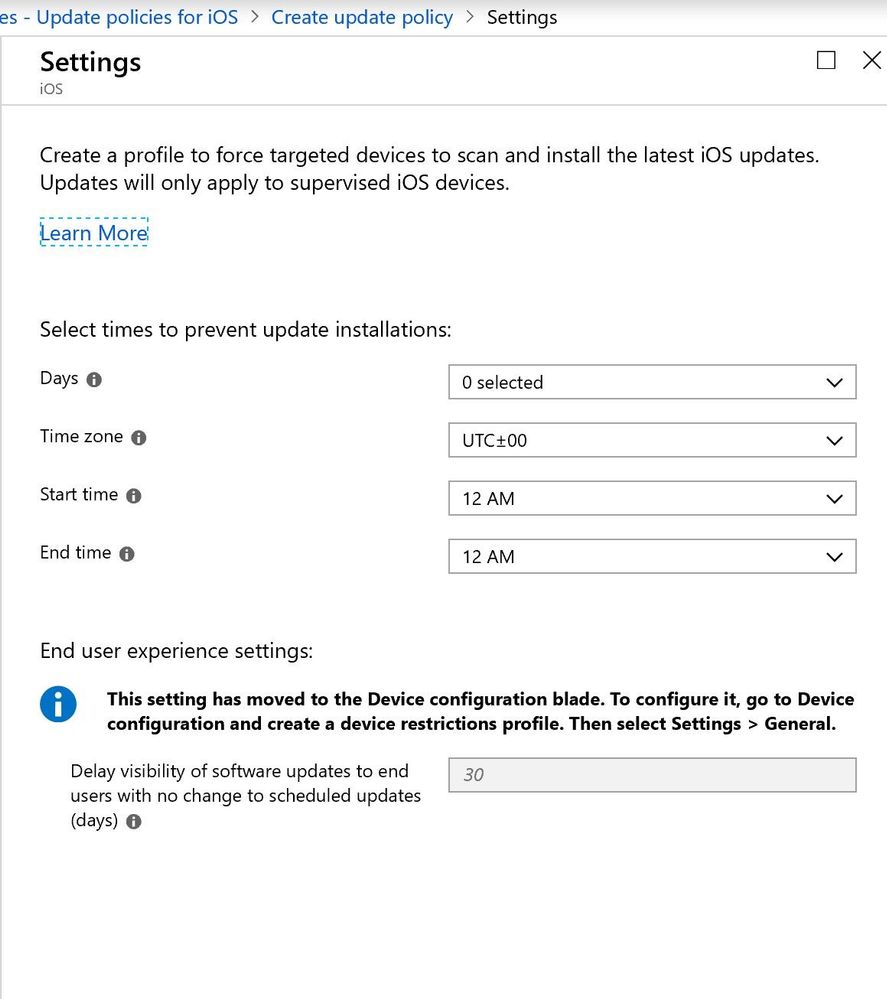 If you wish to delay visibility of software updates to your end users, start configuring it in new profiles in the Device Configuration blade. To do this, in the Intune blade, go to Device Configuration > Create policy > Device restrictions > General. Here you can configure the setting as per your requirements. Note that the setting will be "Not Configured" by default. Here's what the blade will look like after the setting moves - 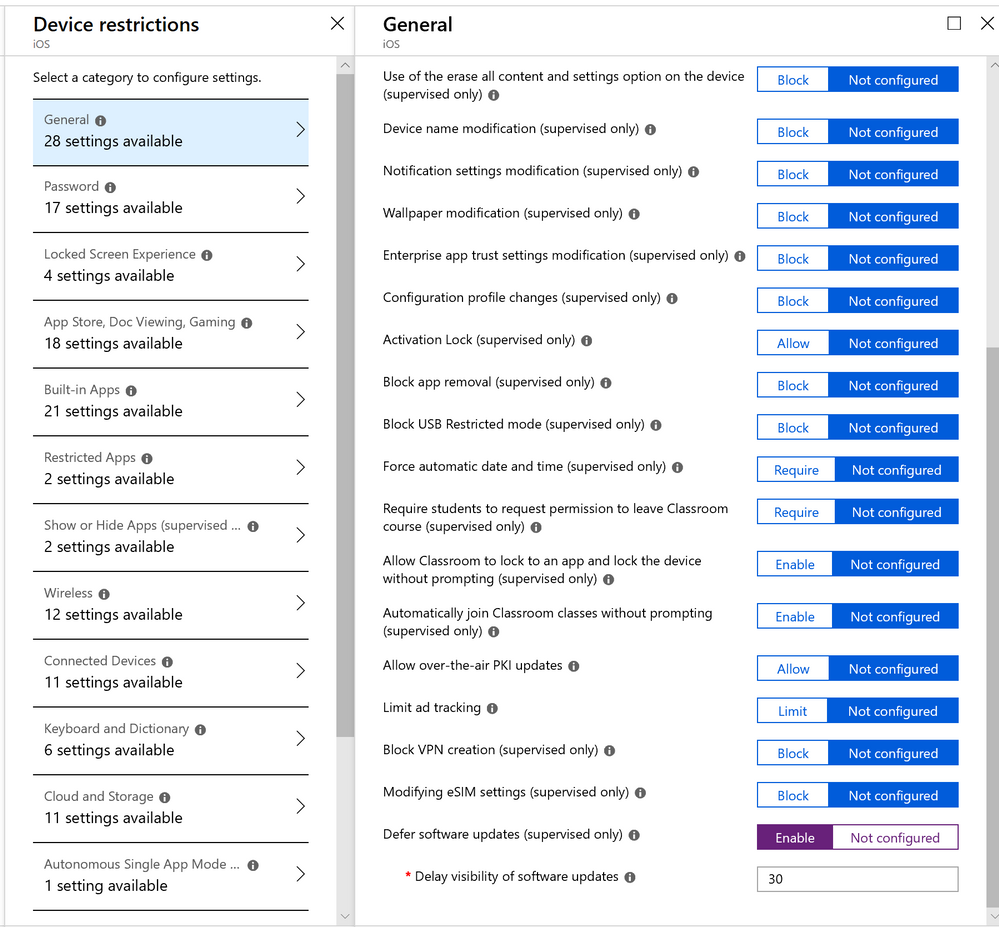