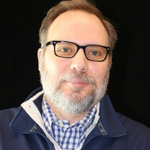 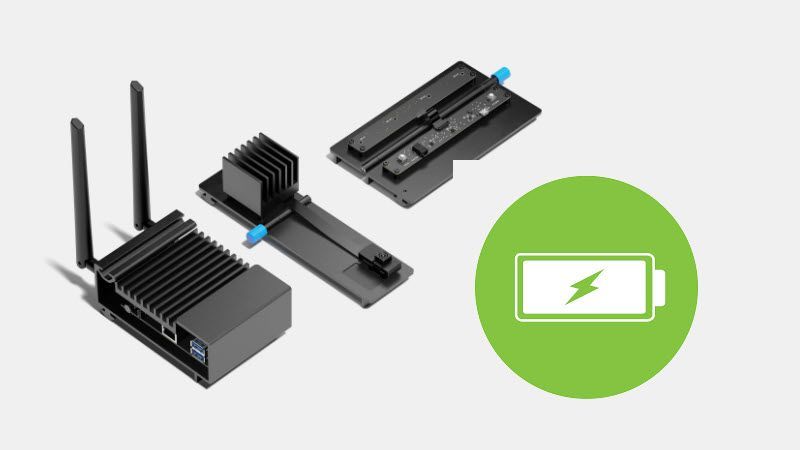 Want to learn how to power the Azure Percept DK with a battery and open new opportunities to use AI?

In this blog post I will present two use cases for powering the Azure Percept DK using batteries.

The Azure Percept DK specifications state that the power requirement is a range between 12 Volts and 24 Volts DC.

If we look at a power adapter that is supplied with the Azure Percept DK the output is 19 Volts and 3.42 Amps DC.

The output of the power adapter is well within the power needs of the Azure Percept DK.

Next, let’s look at the power usage of an Azure Percept DK using a power meter.

The methodology I used to test the power usage is I used a watt meter/power analyzer to measure the amount of power the Azure Percept DK was using at a point in time.

Scenario 1: Using a power adapter that is supplied with the Azure Percept DK

This is the out of the box power option using the AC to DC power converter. 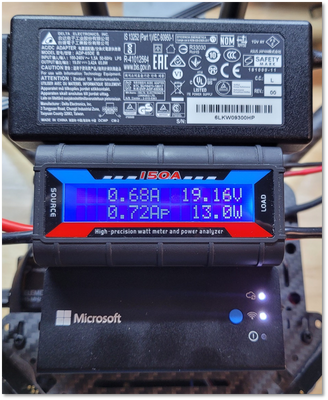 Scenario 2: Mounting the Azure Percept DK to a drone and using the Li-Po battery for power

This power option can be used for many use cases where the Azure Percept DK is mobile such as inspecting agriculture or scanning city streets for road defects.

In my Internet of Things Blog post: Rapidly equip a drone with AI using the Azure Percept DK

The other important information I considered is the capacity, this battery is rated for 7600 milliamp hours (mAh).

To make it easy I converted 7600 mAh to Amp hours (Ah) which in this example just move the decimal point make it 7.6Ah.

Without getting into a longer explanation on electricity concepts you can think of something that uses 1 Amp an hour will last approximately 7 hours using this battery.

But since I use both the drone and the Azure Percept DK at the same time the run time is limited to approximately 15 minutes.

There are several factors to this reduced run time.
First, the drone takes a lot of power to fly.
Second, a Li-Po battery is not discharged all the way to 0%.

A typical drone flight takes the battery down to 60% capacity.
With the additional battery drain of the Azure Percept DK onboard the flying time is reduced, which is why I only fly for 15 minutes when the battery is rated for 7.6Ah.

In the photo below using the Watt Meter/Power Analyzer you see that the Azure Percept DK uses 16.4V and 1.03A with 1.11 Peak Amps on the Li-Po battery. 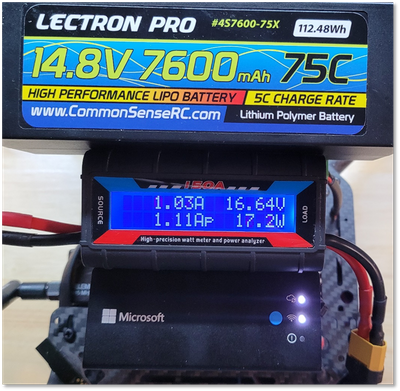 Scenario 3: Using an external battery such as a power bank or self-contained battery

Temporary installations such as monitoring for COVID-19 PPE use in areas such as a retail establishment or an academic institution where the Azure Percept DK can be mounted on a tripod in an open area where AC power is not available.

Just for fun I thought I’d try a typical power tool battery with an adapter that outputs 12V and 1.7A via a barrel connector. 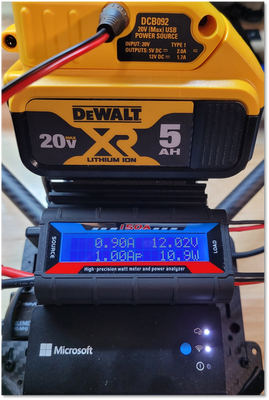 While this post contains 2 simplified examples of battery capacity and runtime while powering Azure Percept DK I hope the examples demonstrate the power usage and capability to use different batteries. When you are exploring the use case of powering the Azure Percept DK with batteries always refer to the data sheet for the Voltage range that you can safely use.

What Does the Ah (Amp hour) Mean on Cordless Tool Batteries?