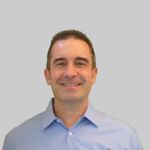 Back in December I worked with a colleague from the Azure team, Kunal Jain, to release an end-to-end Azure Synapse and Power BI solution using real CMS Medicare Part D data. The solution can be deployed with a few clicks in Azure and runs in less than an hour. Here is a link to the December article: https://techcommunity.microsoft.com/t5/healthcare-and-life-sciences/deploy-an-end-to-end-azure-synap... . Here’s a link to the GitHub site: https://github.com/kunal333/E2ESynapseDemo .

Based upon feedback from users and our own to-do list, we have released new updates to the solution:

The video below summarizes some of the changes in Azure:

The video below summarizes some of the changes in Power BI:

So, what’s next? Feedback and recommendations are appreciated and can be provided in the following form. A few potential ideas include expanding to include CMS Medicare Part D reference tables (such as Opioid and Antibiotic lists), integrating new CMS data sets, expanding to new sources of Healthcare Open Data, etc. Please let us know what you’d like to see, and stay tuned!: