Turn on suggestions
Auto-suggest helps you quickly narrow down your search results by suggesting possible matches as you type.
Showing results for
Show  only  | Search instead for
Did you mean:
A Smart City is a Sustainable City
By 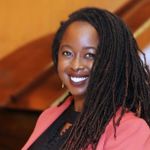 A Smart City is a Sustainable City 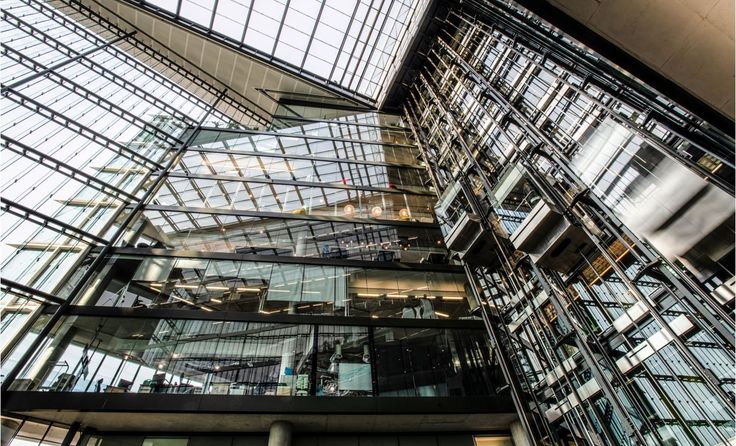 Cities and Climate, Climate and Cities

Cities and climate could hardly be more intertwined. As ‘heat islands,’ urban areas affect climate by increasing temperatures on regional scales. Given that 68% of the world’s population will live in cities by 2050 according to UN projections, many citizens are working to combine sustainability goals with technology modernization initiatives to build cities that contribute to a livable future.

With two-thirds of the planet’s population localized to urban areas, the vulnerability of cities to climate change is of pressing concern. For inland urban areas, the gravest impact of climate change will likely be temperature extremes. The situation for urban areas in coastal settings is considerably worse: in addition to the potential for heat-related stress, the findings of the Intergovernmental Panel on Climate Change (IPCC)AR6 report for coastal cities include high-confidence projections for increased flooding.

Climate change amplifies existing demographic inequities in urban areas, and this underscores the importance of the Biden Administration’s infrastructure bill which is investing $1 trillion to address long-standing infrastructural inequities according to the New York Times. As cities work to prioritize investments that have the greatest positive impact, many civic leaders have asked us for guidance on how to think about the use of technology to create smarter, more sustainable cities.

A Roadmap for Smarter Cities

Motivated in part by concerns relating to climate and global change, in March 2021 ESI ThoughtLab released a study co-sponsored by Microsoft entitled “Smart City Solutions for a Riskier World.” The results are described as “a forward-looking study that provides city decision-makers with an evidence-based playbook for driving better social, environmental, and economic outcomes in today’s transformed world.”

Arising from the survey of 167 city leaders spanning 82 countries is a nominal definition of Smart Cities 4.0: Hyperconnected cities that use technology, data, and citizen engagement to achieve the United Nations Sustainable Development Goals (UN SDGs). They are in step with new ways of working under Industry 4.0 and excel at using partners to drive change and provide innovative funding methods. By identifying 20 cities that exemplify these qualities, the ESI ThoughtLab study illuminates key patterns for how urban areas can adopt the connected and sustainable practices of leading cities: 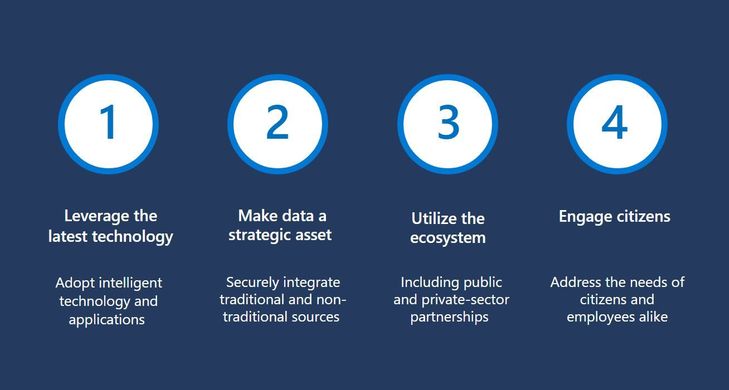 Based upon findings from the ESI ThoughtLab study, Cities 4.0 uptake of specific technologies can be assigned to the following broad categories:

One example city from the study, the Town of Cary, North Carolina, is far enough inland to avoid the direct impact of storm surges that accompany Atlantic hurricanes. However, it remains an area prone to flooding. In their efforts to better predict and manage floods, the Town of Cary has worked through these four steps: 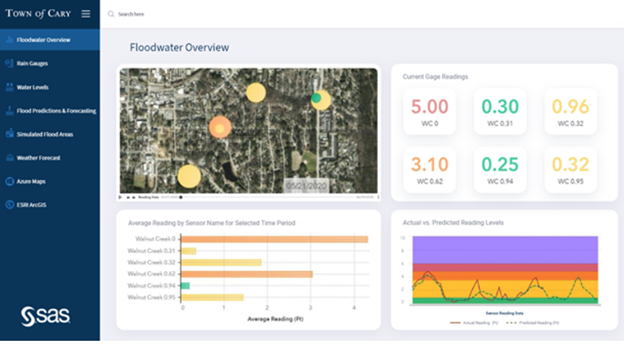 See additional details on the innovation around flood prediction and management in the case of the Town of Cary.

With this roadmap, urban centers gain a clearer path to how they can progress towards a more connected and sustainable city, one that uses technology to improve the lives of citizens and the health of the community. To rapidly progress a population center towards the ideal of Smarter Cities 4.0 designation, there is an implicit need for collaboration, along with roadmaps that can be adapted and customized for use by any city, municipality, county, province, or other urban area, regardless of size or geographic scope.

Learn how to begin your sustainability journey with technology and how you can use digital twins in your smart building journey. You can find more details on how to promote environmental sustainability from the inside out, as well as a how we’ve created a new era of smart buildings in Singapore.