Now that the NFL preseason is off and running, fantasy leagues are starting up! Get the edge with our player analysis sheets or run the entire draft from Excel with this fantasy football template!

Click here to get the template, you will have the option to use it for free on Excel for the Web, or download it to your desktop.

This Draft template is filled out with rich player data ready to sort and filter as you research the best picks. Follow your league’s scoring system to calculate the fantasy points per player or team defense, and keep track of available players as they’re picked. Build your best team!

Let’s step through some of the features:

Setup
The Setup sheet allows you to configure your league settings, which will update the FPTS (fantasy point) totals throughout the template. If you want to follow (or run!) your league’s draft in this template, enter your league’s team names in draft order. 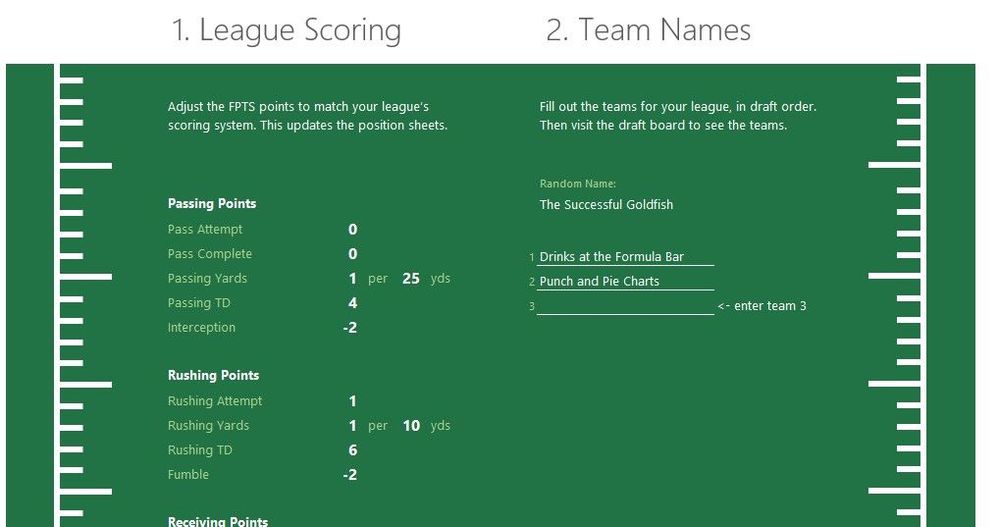 Draft Board
Use the Draft Board to track your league’s picks! Run the league draft from here or follow along with your league to track player availability. 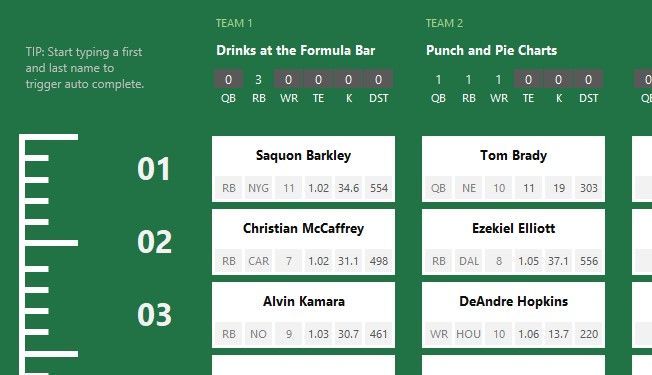 Use the drop downs to pick the players, or start typing a player name for auto-complete to kick in.

As players are picked, their data is pulled in. Points are calculated using the previous year’s stats with the scoring system filled out on the setup sheet. The count of players for each team in your league is also updated at the top; use that to predict what position each team still needs and what they might pick next!

As players are chosen, the workbook is updated with player availability so you can see who’s the “best of the rest”.

All Players & Position Sheets
Use the All Players tab to sort and filter all the players by key stats from last season and availability. 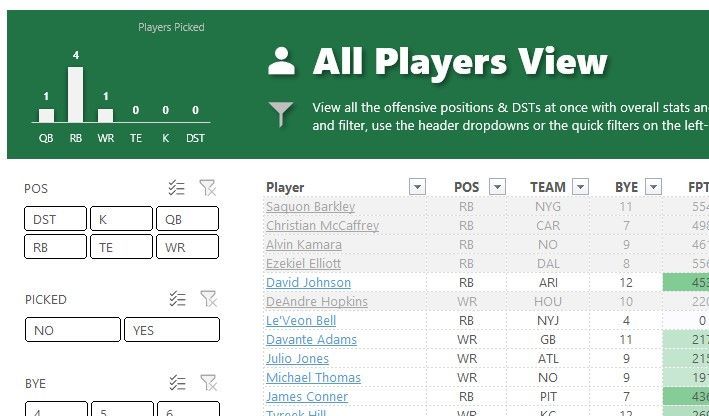 There are two ways to quickly sort and filter this data:

Tip #1: if you’re looking for players that aren’t in a particular bye week, just CTRL + click that week to remove it from the current set!

Each Position sheet (QB, RB, WR, ...) has more detailed stats for each player in that position. Already-picked players show up grayed-out in the list.

Tip #2: Sorting the "All" sheets list of players will change the order of the drop down on the draft board!

Schedule
View the entire season’s schedule on the Schedule sheet. The schedule shows the bye weeks and locations for the different teams so you can factor this into your draft decision-making. 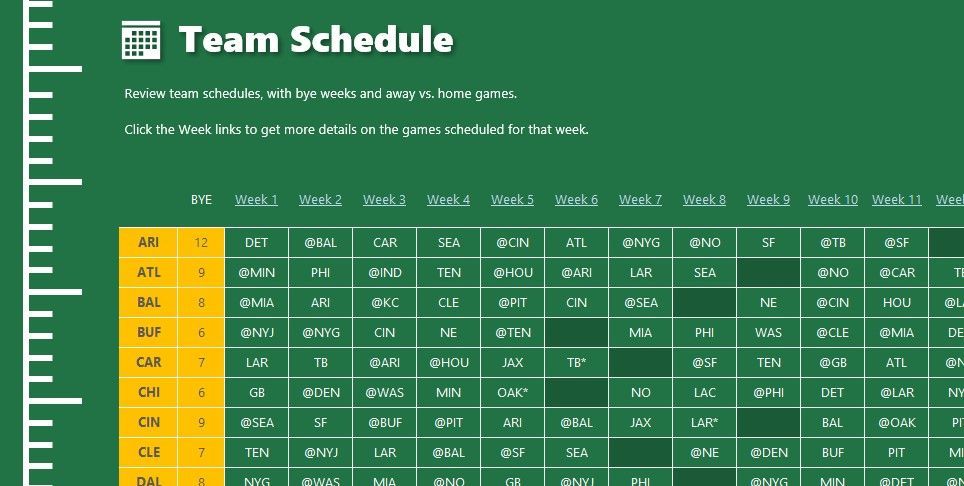 For example, TB (Tampa Bay) has a string of away games from Week 4 through Week 9, which might be a series of tough games for players during those weeks.

We wish you the best of luck in your fantasy league, and hope this template helps you draft a successful team!

Notes:
This template is available in English and is designed for Excel 2016+ for Windows, Mac, and Excel for the web.