Today we are announcing the availability of a public preview of Office Scripts in Excel on the web. Office Scripts is a feature that enables users with all levels of Excel experience—from beginner users to those with advanced coding expertise—to record scripts and automate their tasks. Over the coming weeks, this preview will be rolling out to organizations with Office 365. Get started by opting into the preview within the Microsoft 365 admin center, and create new automations using the script recorder and editor functionality.

What is Office Scripts?

With Office Scripts, you can automate tasks and workflows easily, and eliminate the need for repetitive steps as you create and manage workbooks. When the preview is enabled within your Office 365 environment, you can start creating Office Scripts by clicking the Record Actions button in the Automate tab, record the actions desired, stop the recorder, and then save the script.  Once a script is created you have the capability to run the script manually on Excel workbooks you have access to. Because the script is saved to OneDrive for Business, they can be easily reused across workbooks.

Let’s see it in action:

Users with all levels of programming experience can get started with script creation. It uses modern, developer-friendly technologies such as JavaScript so these scripts can be easily customized with existing - or new and growing – developer skills.  To edit your scripts, use a full TypeScript-based editor directly within Excel on the web to tailor the scripts you have recorded. Finally, administrators will be able to enforce governance policies around how Office scripts can run.

You can learn more about Office Scripts from these resources:

How do I get Office Scripts?

Office Scripts will be rolling out over the next few weeks to Excel users who have Office 365 E3 and E5 licenses. Gradual roll outs allow us to gather feedback and ensure feature quality. During this initial preview, Office Scripts will only be available in Excel on the web, though we will look to bring Office Scripts to other Excel endpoints. Office Scripts will need to enabled through the admin center and will become visible in tenants as the feature rolls out. The feature can be enabled by following the steps below:

Note: Office Scripts is not currently available in Internet Explorer.

To stay connected to Excel and its community, read the Excel blog posts and send us ideas and suggestions via UserVoice or post your questions about how to create a script via StackOverflow using the “office-scripts” tag. You can also follow Excel on Facebook and Twitter.

FWIW, it is under Settings|Settings in my Office 365 admin panel. There is no "Services and Addins" and Office Scripts is not under the Add-ins section. I think there are different views of the admin panel depending on what admins have opted into.

@Ed Hansberry , yes, that is old or new admin center, setting is on top right of practically each screen

This sounds like the existing macros feature?  If so, how does the Office Scripts differ?

I have been learning how to work with the Office JavaScript API during last months and this is amazing!!!

@Jose Santos , perhaps the only way is to ask your tenant admin, they are responsible for corporate licenses distribution.

@Jose Santos  - go to this URL and it will show you which licenses are assigned to your Office 365 work account. https://portal.office.com/account/?ref=MeControl#subscriptions

Joe__
Visitor
I would much rather have C# as the scripting language. I view JavaScript, even with TypeScript support, as a step backwards from statically typed VBA.
2 Likes
Like

This will replace VBA Macros eventually?

@PerryPicker I do not think so in a short period of time as the Office JavaScript API does not have all features that you can programme with VBA. But coding JavaScript inside Excel opens a new world full of new challenges.

Is it only for work/business Microsoft Accounts ?

If so that will be very disappointing to hear....

@AshaKantaSharma , it's not deployed yet, only announced. At least I know no one who has this functionality, doesn't matter which account.

@AshaKantaSharma Office Scripts for Excel on the web is currently deployed, but not yet available to all tenants. We are gradually rolling out the feature to everyone with Office 365 E3 and E5 licenses over the course of several weeks.  As long as your admin has enabled the feature, you'll have access when it's available to your group.

@PerryPicker Office Scripts are providing an automation experience for Excel on the web, not replacing VBA macros. VBA remains the best solution for automating tasks in Excel for desktop. We hope to eventually grow the capabilities of the Office Scripts platform to match what VBA currently offers.

Any idea if Office Scripts are going to eventually be provided to users without E3 / E5?

I'm looking to get my hands on learning the tech, but it's a pretty expensive ask for a 1 person shop.

@macrordinary You can practice with Script Lab, is free and can code JavaScript, HTML and CSS. The code used is the Office JavaScript API, you can get documentation from microsoft. You do not have to wait for Office Scripts to start learning

Any tips on getting the add-in to load? I enabled Office Scripts a day ago, have cleared cache, tried different browsers, etc. but both record and editor are coming up with errors. 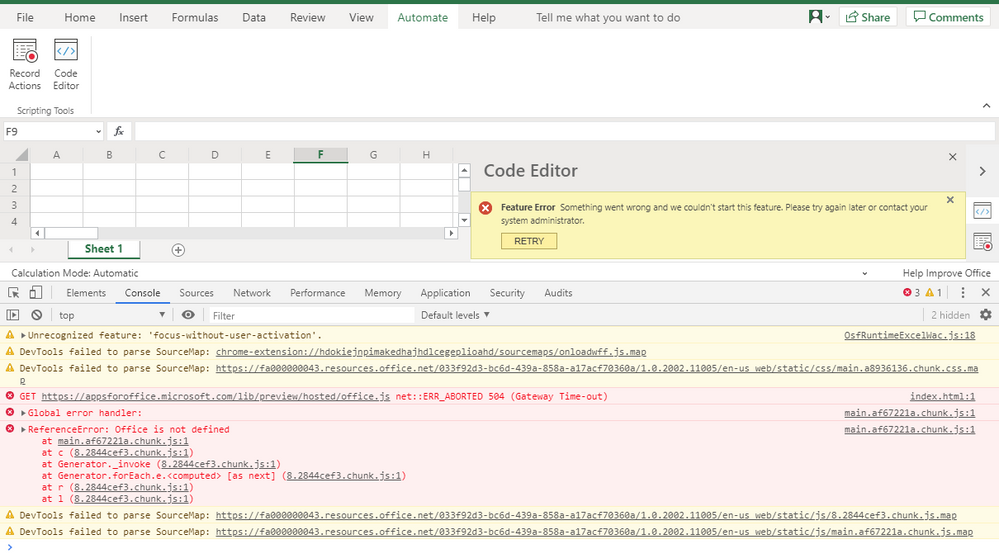 @Bjorn Foster Did you report that issue through the Help > Feedback button? That can help us resolve issues by providing us logs and other information to help provide contexts.

@AlexJerabek Sorry, I didn't think to report it. I tried again today and it finally loaded, maybe this was just a side effect of it being a recent deployment.

Thank you for sharing...

I have the following Subscription. 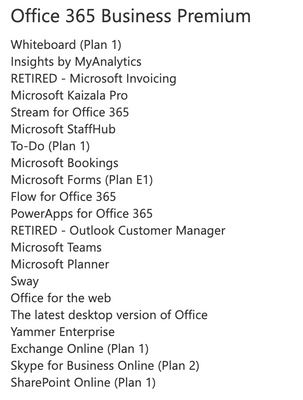 It seems I could not see it from the Settings. I have the new admin center toggle on.

Also, from Add-ins, I could only see Scriptlab

How is Office Scripts different from Scriptlab?

@gilmichael , as it is mentioned in the post, the feature is for E3 and E5 subscriptions.

With Script Lab you can code in TypeScript / JavaScript, HTML and CSS

Hi @Sergei Baklan , could you enlighten me more about the E-n, subscriptions. Upon checking I believe I'm on E1. How does one become E3 or E5? Thanks!

@gilmichael , if you have purchased E3 or E5 ask you Global Admin to assign this license on you. If not, you shall purchase/upgrade subscription for your tenant.

@gilmichael Script Lab is an add-in that allows you to use the Office JavaScript APIs inside their hosts. It is meant to be a development tool for Office Add-ins. It is unrelated to Office Scripts. Many of the APIs are similar and both Script Lab and the Office Scripts Code Editor use a Monaco-based editor, but you should consider the two to be completely separate entities.

@sam thompson, Office Scripts can't be enabled on a personal account right now. You can join the Microsoft 365 Developer Program and get access to an E5 tenant for testing. That way, you could try out Office Scripts before your work company enables them (and maybe use your experience to encourage them to turn the feature on at work).

@AlexJerabek I appreciate your tip. I'm in the Dev Program right now and I can study and develop typescript add-Ins and following all the updates for now on... Thanks and I encourage other to do the same!