Turn on suggestions
Auto-suggest helps you quickly narrow down your search results by suggesting possible matches as you type.
Showing results for
Show  only  | Search instead for
Did you mean:
Internet of things with Azure
By

Internet of things with Azure 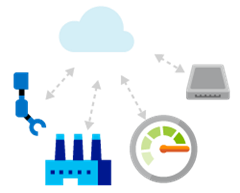 I have been working with a University on a course around IoT and wanted to share the resources with you.

Many developers are currently targeting IoT for upcoming projects. As developers adopt IoT, Data Science for IoT will provide some unique challenges. This new course targets developers who want to be data scientists with an emphasis on IoT.

The course explores problem solving for IoT analytics via the following topics: