Hello Insiders!  Today we’re releasing build 96.0.1047.2 to the Dev channel.  Normally I’d say that since this is the last week for version 96, this is the build that will be moving to Beta, but that’s not quite the case this week.  Instead, our normal second-of-the-week update for the last Dev of a particular version will contain a higher build number than this one, and that build is the one that will be moving to Beta next week, give or take another small patch or two.

For developers, we recently held our first PWA Summit.  If you missed it, you can read up on it here to learn about our latest PWA capabilities, improved documentation, and sample applications:  https://blogs.windows.com/msedgedev/2021/10/19/pwa-summit-learn-progressive-web-apps-documentation/.  Also, for Windows 11 users, we’d love to know what you think about our scrollbar styling work.  Fill out the survey here to let us know what you think about all the different options we’re considering:  https://forms.office.com/r/g37UCf8W9F.

As for what’s new and exciting in the browser this week:

For Stable users, since Beta is getting 96 soon, you should also look for Stable to get 95!

3rd build in a row where it's impossible to open context menu on text selection with touch. It's the mini menu feature that you guys have been silently testing that breaks this. Even if I disable the mini menu, nothing happens after sliding text with touch and tapping and holding the selection. I've filed feedback with recording weeks ago but no action taken yet.
1 Like
Reply

The mini-menu and/or use Microsoft Editor options have broken Ctrl+C and selection.

One example is to visit this page, https://techcommunity.microsoft.com/t5/discussions/dev-channel-update-to-96-0-1047-2-is-live/m-p/286..., and triple click on the word "channel" in the header "Dev channel update to 96.0.1047.2 is live". On stable this will select the whole line. On dev and canary this will almost always select only the single word.

And the issue with copy and that if I select text and press Ctrl+C, nothing is copied. I have to keep going back, waiting for a bit, then pressing Ctrl+C again. I'm pretty sure this is the mini menu. The mini menu in Office apps does not have any such problems.

I questioned Microsoft Editor because I had some issues disappear in canary last week when I turned it off. The primary reason I turned it off was that for several builds, Edge would crash when it was turned on and I absolutely wanted to avoid the crashes. I have since turned it back on but I thought it also helped with the triple click and Ctrl+C issues.
2 Likes
Reply

Why do Smart Copy and Web Capture appear on the context menu when I have a selection on the page? They do not apply to the current selection. The context menu does adapt in other ways to differentiate between when there is and is not a selection.
0 Likes
Reply

When selecting text in an edit control such as the one I am typing into right now, there is no mini menu for text. My expectation is that it shouldn't make a difference.
1 Like
Reply

@josh_bodner When completing a smart copy, the context menu item displayed to complete reads Copy with the corresponding icon for Copy.  I expect it to read Smart copy with the smart copy icon to match the menu to initiate the operation. 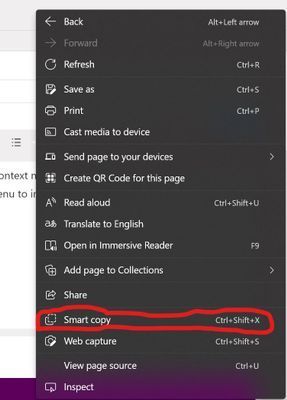 When sending to another device, the device names are qualified with the channel (Thank you!) but when receiving they are not.  This is true on both desktop and iOS mobile.  I did not check Android mobile.

@josh_bodner PWAs like Twitter have been crashing like crazy in the last two builds, including this one. Basically just install Twitter and open it. If you just let it sit, it will crash after about two minutes. So basically, PWAs are unusable in this build. How come that is not listed in Known issues? I have of course sent feedback.

Don't worry, we're working on it. Some fixes just take longer than others!
0 Likes
Reply

@rshupak I think the triple click issue is just a timing thing that we need to fix.  As far as I can tell, if you triple click fast enough so that the third click happens before the fade-in animation for the mini menu is complete, then the whole line/paragraph gets selected no problem.  If instead you wait until the menu is visible, the third click just dismisses it, and any subsequent clicks de-select the text.  My gut tells me that just increasing the amount of time between when text is selected and when the mini menu appears will help with this.

As far as copying failing, I've also noticed this happening with images, so it seems unrelated to either of the features you mentioned, and may just be a regression in how quickly we're able to shove data onto the clipboard, especially if you're copying a lot of data.  The fact that turning off Editor may have helped you with this is likely just because Editor was adding complexity that was reducing the copy time even further, and although we did specifically fix an issue where Editor was causing crashes, those crashes were also unrelated to the copying behavior!  Since a lot of the copy code comes from Chromium, it's also possible this is just something we'll get a fix for from them, so if you have a reliable way of trigger the copy fail, I'd be very curious to see if you can still get it to happen in the next build.

I'm typically copying one or a few words of text only within a single span or div so it isn't the speed of the clipboard. The problem appeared around when the mini menu and Microsoft Editor features appeared.
0 Likes
Reply

Re triple click, I do think timing is an issue but it may be more complicated. It often works once but then fails repeatedly.

I mentioned Office because it has similar menus with which I have never had timing or similar issues.
0 Likes
Reply 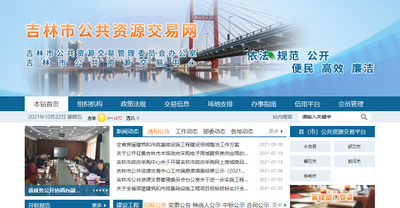 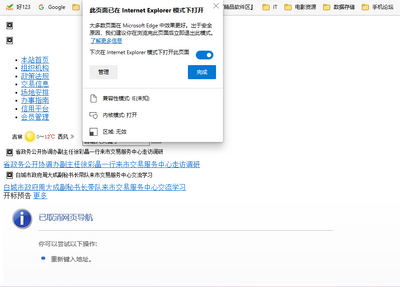 I have a reproducible crash on context menu invocation in InPrivate windows on 96.0.1047.2

@josh_bodner -- has anyone reported using Edge on Windows 11 GA (22000.282) locking up multiple times a day for around 30 seconds or so?  I have this happen many times a day using the Edge browsers and since switching to Google Chrome don't have it.  There is a problem in DWM with a memory leak and I wondered if the two were related at all?

Wanted to report this and until the Edge browser stops locking up my laptop I cannot use it.

I don't really know where to post this, as I am not sure where the problem lies..

I'm using the stable build of Windows 11, when I get a YouTube notification on this version of Edge, and I click it, it takes me to a 404 link.
0 Likes
Reply

Is there any news about when a Stable build of Edge-Linux will be released? It has now been a year since Edge-Linux was introduced as an Insider build.
0 Likes
Reply

This build has broken a page that requires to choose a certificate.

It's the one we use at a government agency to work from home.
asia5.aeat.es

It is broken on both Windows 11 and Linux (ChromeOS).

@Chris Childerhose what kind of device do you have?  We're currently tracking an issue where certain graphics drivers cause temporary hangs.  What kind of actions are you performing when you see the hangs?