Hello Insiders!  Today we’re releasing build 91.0.838.3 to the Dev channel.  Before we get started, we wanted to make sure you’re aware of an opportunity we mentioned last week.  If you’re a Collections user, we’re running a survey to learn more about how you use them, and as an incentive to contribute, you may even win some money!  To contribute to our research, take the survey here:  https://microsoft.qualtrics.com/jfe/form/SV_eWkUzl9D05MxqUS.

We also are aware that people are continuing to see Edge sometimes display its UI in an unexpected language.  If that’s the case, we’d love to know more about it, and have started a discussion here so we can learn more:  https://techcommunity.microsoft.com/t5/discussions/discussion-edge-displays-in-an-unexpected-languag....  As for everything that’s new in the product:

A special thanks to all our Linux users for helping us get to the point where we could turn on sign-in and sync!

Thanks for the update, could you share some info about this and what it's used for:

controlled feature rollout at the moment. I have my guesses which I hope they are for showing Edge history in Windows 10 Timeline..

I don't know what you guys did, but opening a new tab is crazy fast now, even with the pre-load option disabled. The only problem is the scrollbar showing up for a second, then disappearing.
3 Likes
Reply

Nothing to return a usable expansion/overflow area for the toolbar again. The Extensions button may have other uses, but it is not this. One per line, all extensions listed including those already visible on the toolbar, only in alphabetical order, is just useless as a UI with 10 extensions on the toolbar and 17 more, a number of which I need to click on frequently. The Extensions button menu is just too clogged and cumbersome for extension USE. The old More menu toolbar extended area was great 6: extension buttons per line, spacing just as on the toolbar, NOT including those already visible, and able to be reordered,, it made use of many extensions quick and easy, unlike now. Back in the More menu, or a dropdown from a new tool overflow button, on/off options, whatever: I can't use Edge now like this.

It's so depressing, You had actually just fixed every issue I had with desktop Edge, making me able to use it, and the very next update you wrecked it by taking out what was to me a vital feature. I'm thinking you are committed to just this new extensions button now, and not keeping a to me usable toolbar overflow UI, so I'd best just recommit to an alternative browser.

And Android Edge .... you're doing nothing. Still chromium 77, FFS, and no sign of introducing either the built in darken websites from Chrome or the ability to use an extension like Dark Reader - and without that I can't use it at all. So I suppose it doesn't matter if you make desktop Edge unusable for me, as you apparently have no intention of making Android Edge usable  - almost nothing's changed for over a year - and I'll only consider changing to a browser that works for me on both laptop and phone.

I've installed NOTION as an app (PWA) on MacOs, but the icon has a white background really annoying. It's a bug?

@HotCakeX If you click into it, we've got a description there, although right now the features it's powering haven't been built yet; we're just testing the data sharing portion to make sure we've got it right first:

Can we know why?

How to hide extensions icons without the extension button enabled?
1 Like
Reply

Agreed. I'm hoping that the team is engineering something. But Idk how long I can live with having an inch long URL bar simply because I happen to be a power user, before I move to Firefox just to get something that's useable.

And this is from someone who uses collections daily so I really don't want to end up doing this.
1 Like
Reply

If the extension button/hub drives you crazy:

They haven't improved Edge in regards to touch and tablet so it's wishful thinking that you'll get them to move fast with Android Edge or Extension Button/Hub improvements. MS has never been known for being agile and good with rapid development - that's why they are losing marketshare.
0 Likes
Reply

Hello
indeed, would it be possible to evolve edge android and edge on tablet (with a home screen background on edge for tablet)
Thanks

There's one update missing from the change log - a new flag edge://flags/#edge-history-accelerator-override (Enable history accelerator to open the full page). It's an important one [for power users], because it addresses an issue of the broken Ctrl+H workflow introduced with the new History pane.

On the one hand, I'd like to thank the Dev team for listening to our feedback. On the other hand, I'd like to request a permanent setting for this flag. Because we all know what happens to flags - they disappear and never come back. And so does our UX.

@azrael99 wrote:
They haven't improved Edge in regards to touch and tablet so it's wishful thinking that you'll get them to move fast with Android Edge or Extension Button/Hub improvements. MS has never been known for being agile and good with rapid development - that's why they are losing marketshare.

if lack of those things was a factor in market share then Chrome would have 0% market share due to their awful UI in desktop with touch and mouse.

@HotCakeX If you click into it, we've got a description there, although right now the features it's powering haven't been built yet; we're just testing the data sharing portion to make sure we've got it right first:

Thank you, I was trying it on latest Windows insider builds and was wondering why it didn't work, it's very exciting to try it once it's fully built and complete :)

Thanks a lot for the update, in this version the developers have also fixed the problem of lagging webcam on M1 Mac ;)
0 Likes
Reply

@azrael99 "MS has never been known for being agile and good with rapid development - that's why they are losing marketshare." 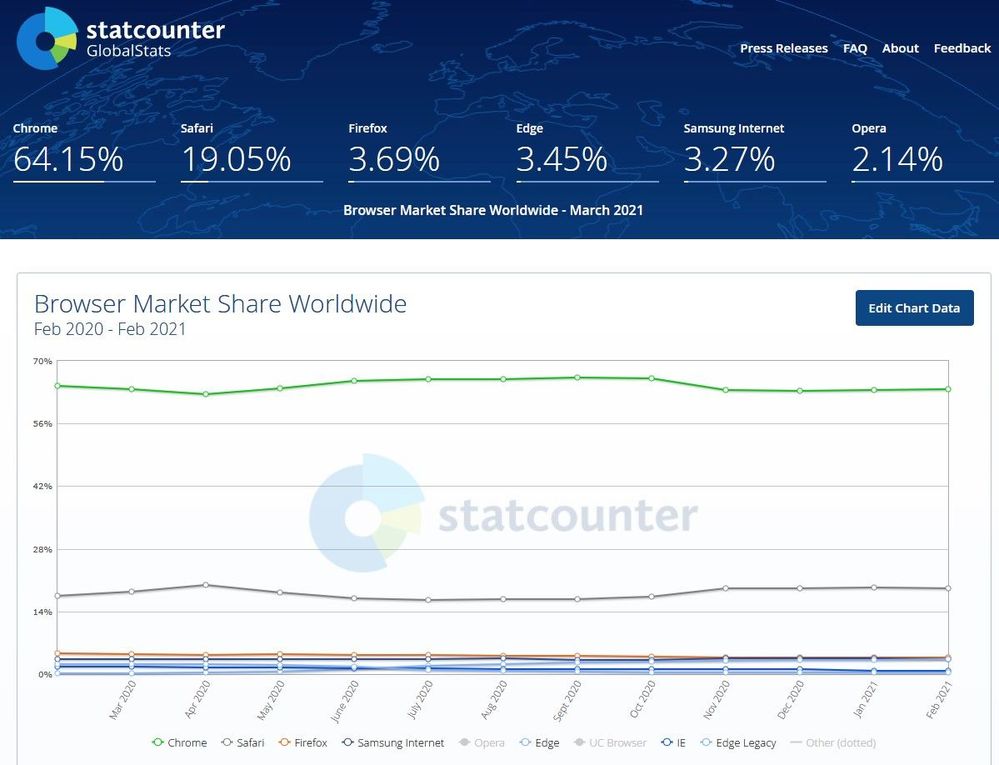 Chromebooks gained significant market share at the expense of Windows PC's during 2020, but that seems to be driven by distance learning demand during the COVID pandemic.   Chromebooks have dominated the education market for several years and the pandemic increased demand in that market significantly during the past year. 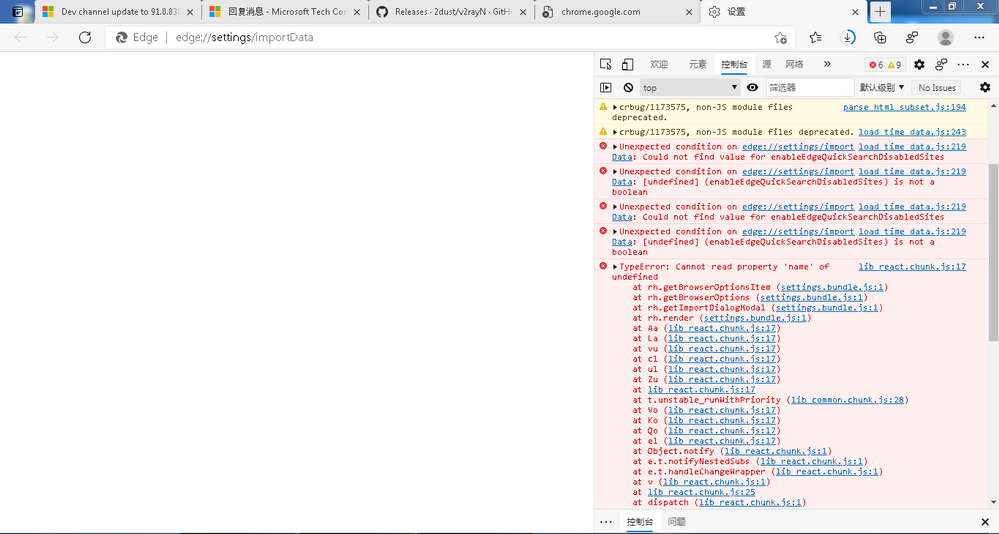 In my experience, from version 90.0.789.1 onwards, Microsoft Online voices are not shown in the voice configuration section in Edge Linux.

I have tried these versions on Fedora 32:

In many cases it is better to use the text-to-speech function on the page in normal mode (not in reading mode).

I also think that it is important to have an option to read the text selection, instead of entering the reading mode.

On the other hand, the new options to configure the reading mode are welcome and very useful.