Hello Insider, it’s a smaller update this time since this is our second one for the week.  But it’s an important one, since this is the first build for version 103!  Specifically, we’re releasing build 103.0.1253.0 to the Dev channel, which means Beta users should also look for version 102.

I think it’s also time for another reminder:  we have a Youtube channel!  If you haven’t yet, check out our latest content there:

Now, what to look out for in today’s build:

Thanks for helping get us to version 103, we couldn’t do it without you!

@josh_bodner  You forgot to mention that you fixed the invisible extensions list from the drop-down menu. 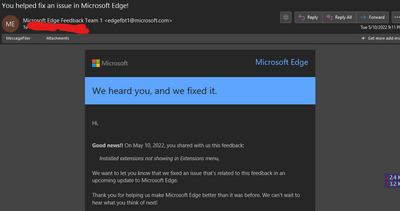 Finally the red colored text in Find On Page search and Extensions have been fixed. Yay!

The new tab button is still red though.
3 Likes
Reply

@amnesia new tab button does not have readable text though. So it's not much of a pain. Also its just mouse-hover color

Is it just me or has the address bar large font size returned since the previous dev build?

Also, the Performance (heart) button appears automatically when I click any other flyout button around the address bar, like the 'View site information', 'Add to favourites', 'Extensions' menu as well as the actual extensions, 'Collections', 'Profile', etc. buttons, and then hides when I close the flyout.

@josh_bodner D3D11on12 is crashing the GPU for quite some time in AMD systems atleast on HP 245 G5 Notebook PC. I had notified the team but it hadn't been fixed yet.

Loved the new build in that more Quick Links were in each row and once again I could reorder them.

Then suddenly after adding more sites manually a whole row disappeared in front of my eyes.

I can add new sites to the row to get the 2nd row back but not the ones that were there when it acted up, they simply will not add but I feel they are there just not visible.

EDIT 1: Two sites have come back on their own.

EDIT 2: It is the rearranging (dragging with mouse) them that can delete a Link or the Whole Row.

Added to the past 3 builds I have most of the time what can only be explained as runny ink when I highlight the word to choose from spell checker in Edge.

@josh_bodner In the Tabs bar Mica design is gone since some updates. Is that a bug?

You need to enable "Show experimental appearance settings" in about://flags. Then head to Settings > Appearance and you'll see two preview options: to enable Mica and to enable the new tab design.
1 Like
Reply 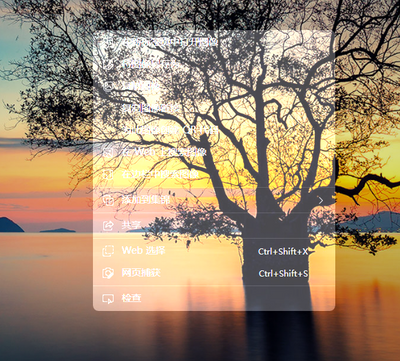