For further internals around checkpoint reference: “ How It Works: Bob Dorr’s SQL Server I/O Presentation ”. For the purposes of this blog we’ll focus on what has changed and what this means for workloads that are upgrading to SQL Server 2016.
Key Changes to Checkpoint Behavior in SQL 2016
The following are the primary changes which will impact behavior of checkpoint in SQL Server 2016.

To determine the current checkpoint behavior of a database query the sys.databases catalog view.

This setting is controlled through an ALTER DATABASE command.


Example of Differences in Checkpoint Behavior by Version 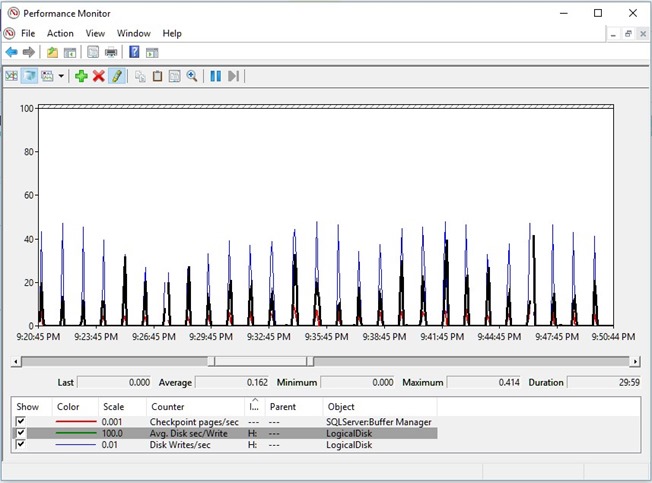 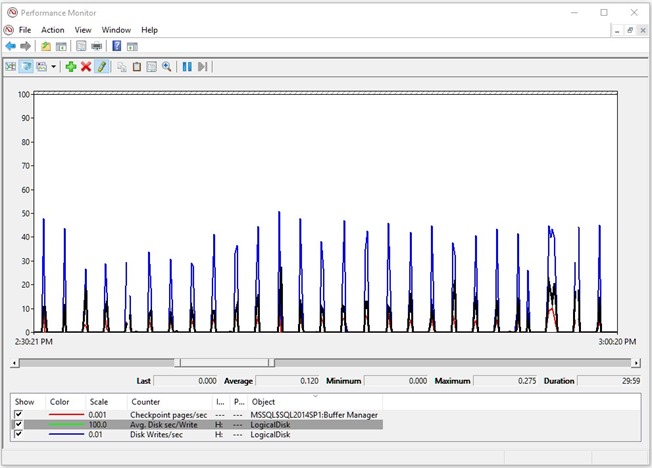 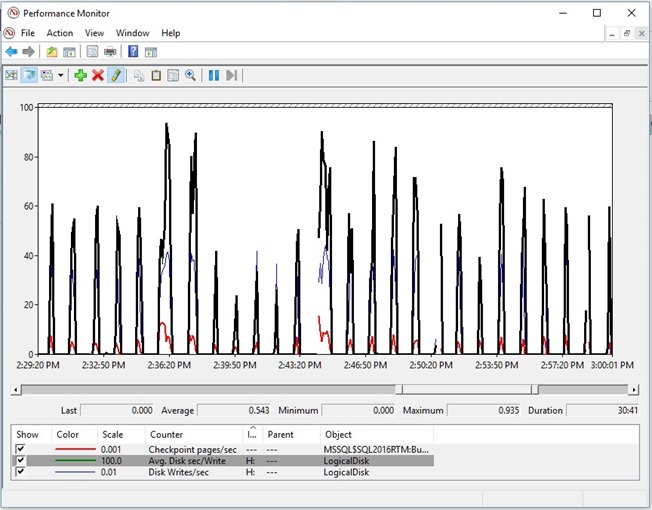 
After moving to SQL Server 2016 notice that the latency and amount of I/O being issued (Checkpoint pages/sec) during the checkpoints increases. This is due to the change in how SQL determines when to back off the outstanding I/O being issued. 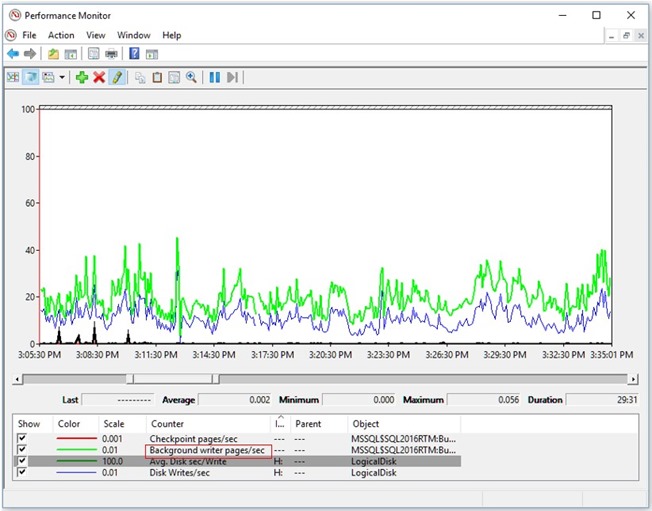 
After changing the configuration of the database to utilize indirect checkpoint the SQL engine issues a constant stream of I/O flushes the modified buffers. This is represented as Background writer pages/sec on the graph above. This change has the effect of smoothing the checkpoint spikes and results in providing a more consistent response time on the disk.

In the above observe the following: