Starting in Configuration Manager current branch version 2006, the Company Portal is now the cross-platform app portal experience for Microsoft Endpoint Manager. By configuring co-managed devices to also use the Company Portal, you can provide a consistent user experience on all devices. 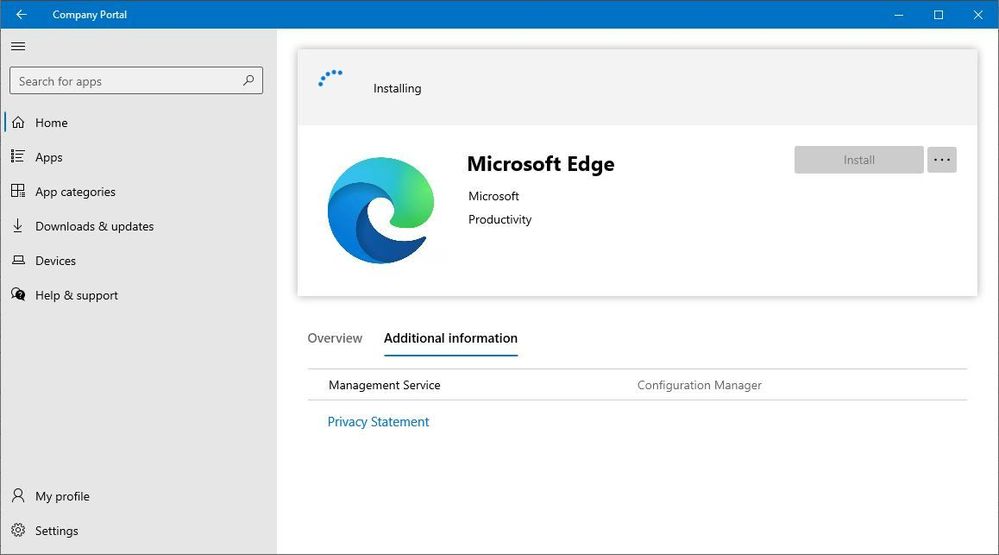