I’m pleased to announce that Microsoft is joining the Open Invention Network (“OIN”), a community dedicated to protecting Linux and other open source software programs from patent risk.

We know Microsoft’s decision to join OIN may be viewed as surprising to some; it is no secret that there has been friction in the past between Microsoft and the open source community over the issue of patents. For others who have followed our evolution, we hope this announcement will be viewed as the next logical step for a company that is listening to customers and developers and is firmly committed to Linux and other open source programs. 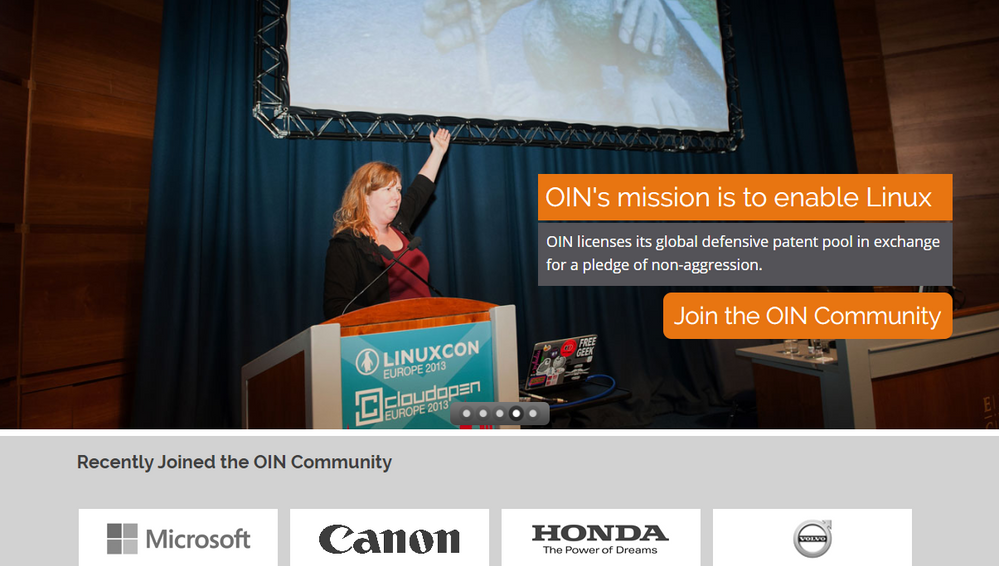