Azure CLI 2.0 provides an idiomatic command line interface that integrates natively with Bash and POSIX tools. It is easy to install, use and learn. You can use it to run one command at a time, as well as to run automation scripts composed of multiple commands, including other BASH commands. To support this, commands are not interactive and will error out when provided with incomplete or incorrect input. 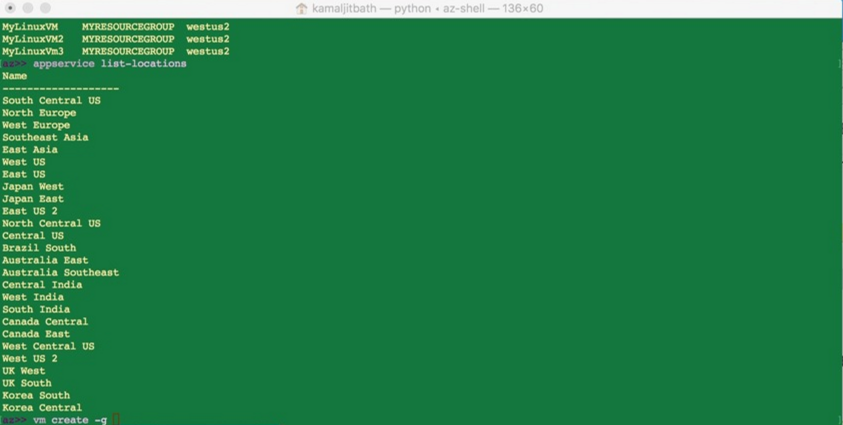